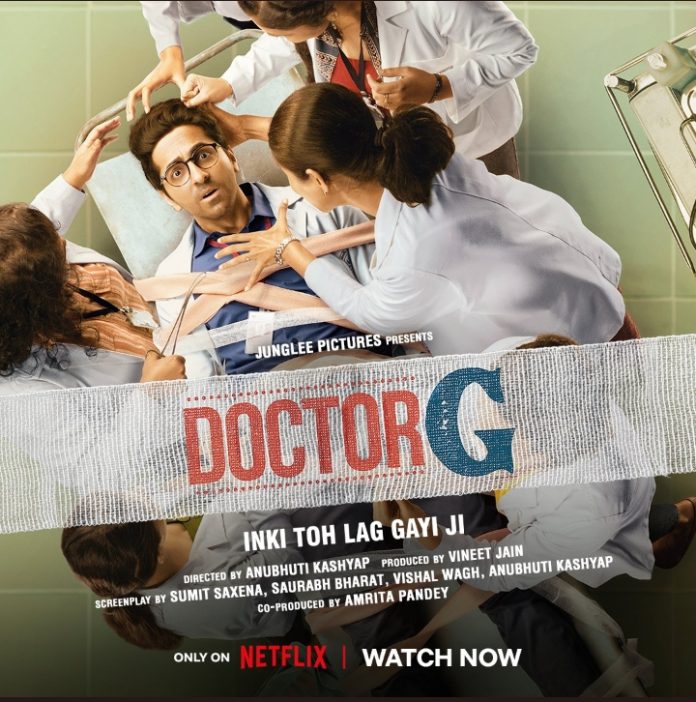 The film follows the struggles of a male doctor who is interested in orthopaedics but instead becomes a gynaecologist, thus leading to chaos.

The story revolves around a budding doctor named Uday Gupta, played by Ayushmann Khurrana, who wants to study orthopaedics in MBBS but ends up enrolling himself in gynaecology for post-graduation due to lack of a seat in his desired subject. After his studies, he becomes a male gynaecologist.

The film focuses on the doctor’s struggles as he tries to adjust to his new speciality while avoiding discrimination and social ridicule, it also focuses on the struggles of female patients. The film also addresses the issue of male touch, which occurs in the medical industry when a man touches a woman for ulterior motives.

On its first day, the comedy-drama had grossed a total of Rs 3.65 crore. Anubhuti Kashyap, Anurag Kashyap’s sister, directed the film, which was produced by Vineet Jain and co-produced by Amrita Pandey.