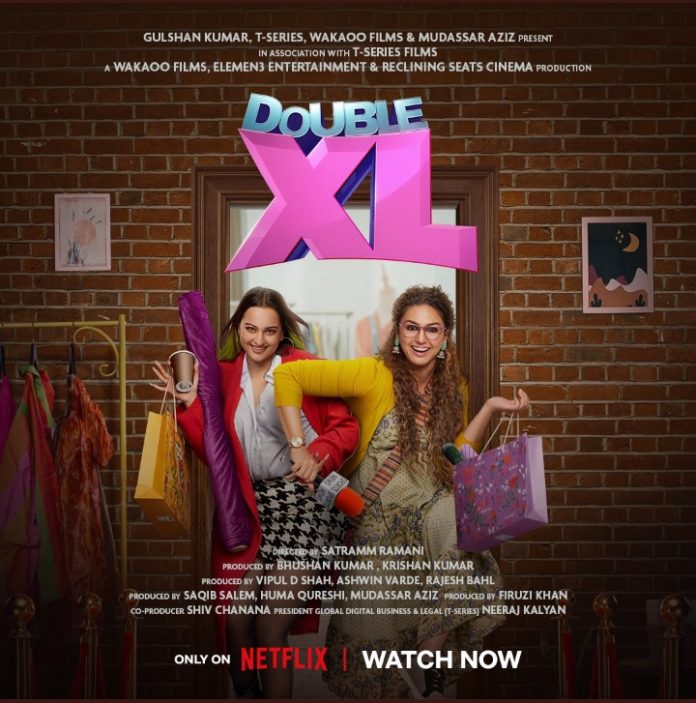 The film is made under the banners T-Series Films, Wakaoo Films, Elemen3 Entertainment, and Reclining Seats Cinema. Jimmy Shergill, Kapil Dev and Shikhar Dhawan had guest appearances in the movie.

Sonakshi and Huma play the major characters, with Zaheer Iqbal and Tamil-Telugu actor Mahat Raghavendra rounding out the cast. This will be Mahat’s first Hindi film.

The film Double XL is a comedy-drama. Huma Qureshi &Sonakshi Sinha play 2 big-sized women who are the center of the story. The specific theme of the film is the size of women & how society watch them. The prevalence of the scenes were shoot up in New Delhi & London.

The amusing and moving trailer for the movie Double XL, which is about two overweight girls with enormous goals but whose parents want them to get married, has been released.

The issue date of the Double XL movie will be October 14, 2022. Satramm Ramani, the director, made a complete comedy-drama film. Both Sonakshi Sinha & Huma Qureshi describe double XL size women in this movie.

The filming is over, and the just released teaser has good visuals. Concerns over women’s plum size will be addressed throughout the entire comedy/drama Double XL film.