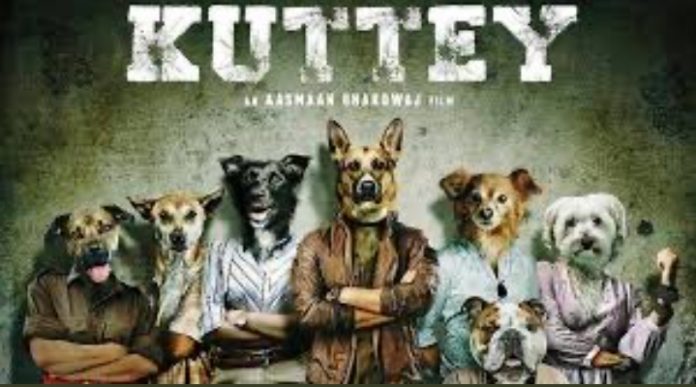 With Tabu’s bold dialogue , strong story and fabulous cast trailer of the film has been launched . Trailer of the film is such that it gives complete guarantee of an amazing film . By seeing the trailer we can see that film is dark thriller which will provide complete dose of comedy and dialogues are such that can be easily captured by general public .

By seeing trailer it can be anticipated that the film is based on corruption by entwined twins, police and politician.Like an action crime movie, Kuttey displays the storyline of a truck containing billions of dollars. On a misty evening in the Mumbai suburbs, three renegade groups come into contact with one another without knowing it. Tragically, they all possess the same strategy of guns, bloodshed, and betrayal. Everyone is chasing the same goal. Will those men achieve their objectives, or will they succumb to selfishness? This has a significant impact on the audience in this flick.

All in all the story is about thief and police in which all are running for money . On screen we can clearly view the hardwork of Vishal Bhardwaj .

The trailer increased the interest levels among movie lovers.

During trailer launch on being asked from media that ,”what have you learnt from this film?” as he says that, everyone learns something from each movie , He replied , ” Loyalty is the quality that I already have , the thing I have learnt form this film is By setting at home we shouldn’t hear narration’s because shoot of this movie is down in complete nights , I have shooted it in rain and Have shot at such and such a place which requires so much patience, so patience is the thing I have learnt from this movie “.