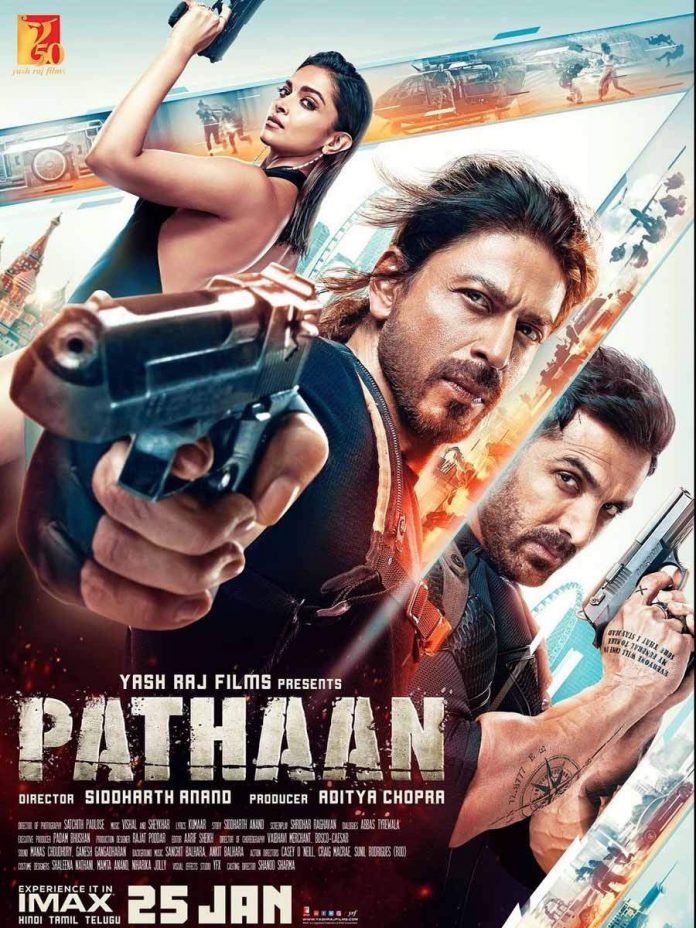 After a long wait, Shah Rukh Khan, Deepika Padukone and John Abraham-starrer Pathaan trailer is finally here. From the looks of it, the Siddharth Anand-helmed film is a treat for every SRK fan who has been waiting for him to charm us on the silver since 2018. Pathaan is scheduled to release in the theaters on January 25.

The trailer we have all been waiting for is finally here and according to fans, it is the most ‘stylish’ one yet.

Shah Rukh Khan, Deepika Padukone and John Abraham took to their handles to officially drop the action-packed new trailer that gives us a gist of the story set to unfold.

While the first trailer just saw SRK in action, this one sees the actor teaming up with Deepika to take down the villain played by John Abraham.

Shahrukh Khan is going to be seen doing stunts in the film Pathan, hardly the fans would have seen him doing such stunts before. Shahrukh’s entry equipped with hi-tech weapons is also a threat.

It is quite interesting to watch King Khan performing stunts with loads of VFX. Also, its shooting locations are foreign, which is proving to be a good background for its intense action sequences.

Usually we have seen John Abraham playing the lead role in films. He also remains a part of such action packed movies and is seen annihilating the enemies.

But in Shah Rukh’s Pathan, he is in a negative role. His strong personality is not hidden from anyone. In such a situation, there is curiosity about how Shahrukh faces this powerful enemy of his.

Deepika’s character in the film is mysterious and her looks are also no less than a surprise for the fans. In some getups, she is unrecognizable. But the special thing is that Deepika will also be seen doing dangerous stunts in this film, seeing which the fans will not be able to take their eyes off.

The role of Dimple Kapadia and Ashutosh Rana is also important in this.