Shehzada Trailer out on January 12 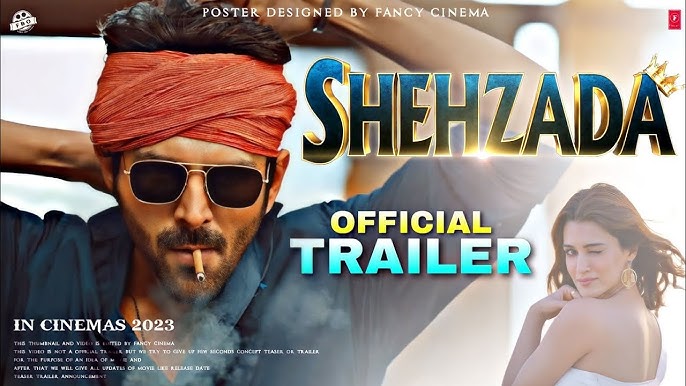 On Kartik Aaryan’s birthday in November, team Shehzada unveiled a short teaser introducing the audience to the prtagonist and the world of the film. The same teaser was later on screened across the nation with the Hollywood blockbuster, Avatar: The Way of Water.

“The trailer will be launched at an event in Mumbai on January 12 amidst fan fare in presence of the media. Minutes after the launch, the trailer will hit the digital world across the platforms.

The trailer is said to be a front footed entertainer, with punches, punch lines, colour, music and swag. Right after the launch in Mumbai, the leading pair, Kartik Aaryan and Kriti Sanon will be off to Jalandar in Punjab to celebrate Lohri on January 13,” revealed a source close to the development.

The source further added that the trailer too will be screened at the Lohri event on January 13, in presence of 100s of people and the star-cast. “From Punjab, team Shehzada will be off to the great Rann of Kutch to celebrate the festival of kites, Makar Sankranti.

The trailer launch event in the white desert of India on January 14 will be one of its kind of Hindi cinema,” the source shared. The three-city trailer launch concludes here, however, it’s just the beginning of a month-long marketing campaign, leading to the film’s release on February 10, 2023. “It’s a big valentines day weekend release and the Shehzada team will go all out to announce their arrival among the audience,” the source added.

The film’s trailer, which is due to be released soon, will also be attached to the Shah Rukh Khan-starrer Pathaan on January 25, 2023.

Kriti on the other hand was last seen in Bhediya and has films like Adipurush and the Kill Bill remake under her kitty.

Kartik’s last theatrical release was the blockbuster hit Bhool Bhulaiyaa 2 in May, which made Kartik Super Star of the year 2022. Now it has to be seen whether Kartik can make this year his name too.