Ajay Devgn to reunite with Rohit Shetty for Singham Again 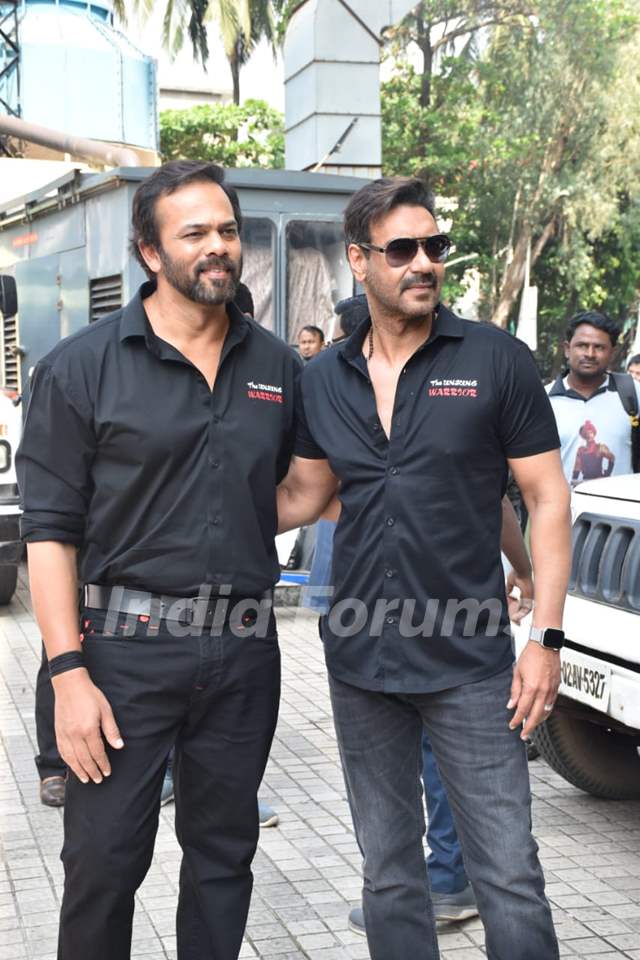 Rohit Shetty’s Singham starring Ajay Devgn in lead role has been one of the most popular franchises in his Bollywood cop universe. The first installment in Shetty’s copverse hit theatres in 2011 and became a box-office blockbuster. Rohit Shetty laid the foundation of the high-octane cop universe with the 2011 action film Singham.

The duo followed it with Singham Returns in 2014.

Following his solo outing in 2014, Devgn reprised his role in Shetty directorials Simmba (2018) and Sooryavanshi (2021).

And now, Ajay Devgn and Rohit Shetty are reuniting for Singham Again

Earlier yesterday, Ajay Devgn shared an image with filmmaker Rohit Shetty to inform fans of an important update regarding Sigham Again. The actor wrote, “Made a good start to the New Year with #RohitShetty’s narration of Singham Again. The script I heard is 🔥 God willing this will be our 11th blockbuster.”

Actor Ajay Devgn is all set to reunite with filmmaker Rohit Shetty for the third instalment of their Singham franchise, titled Singham Again. The new developments were confirmed by film trade analyst Taran Adarsh. Ajay will be wearing his cop uniform reportedly once he is done with his upcoming film, Bholaa.

In December 2022, it was announced that Deepika Padukone will portray the female lead in the movie which is called Singham Again. Jackie Shroff will return as his role from Sooryavanshi as Omar Hafeez.