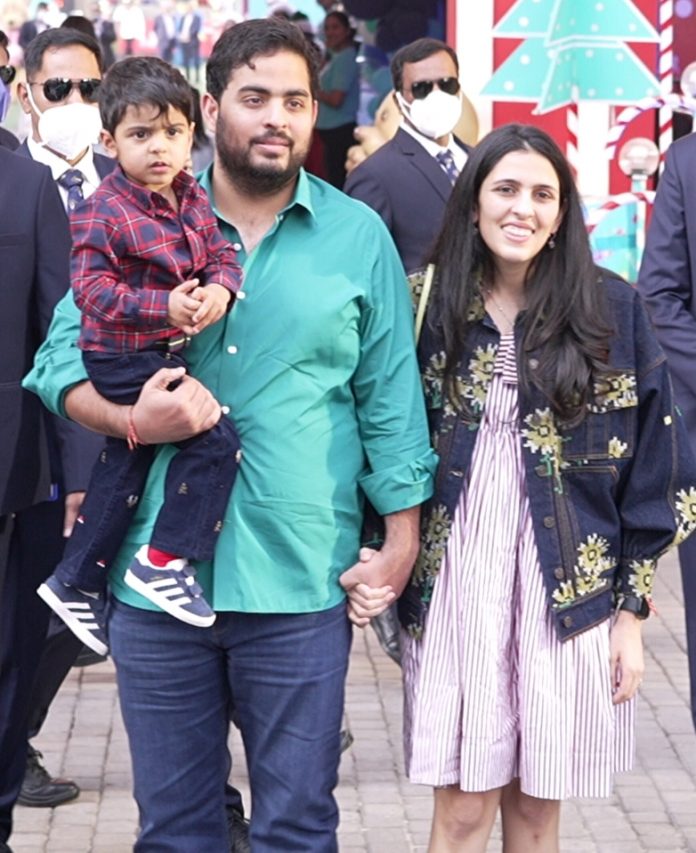 Shloka looks pretty in a dress and denim jacket. Akash was seen in a simple shirt and jeans.

RIL Chairman Mukesh Ambani also attended the birthday party of Prithvi, who turned two on December 10, 2022. Mukesh Ambani, Prithvi’s grandfather dropped by in simple attire too. He was seen in a T-shirt and joggers pants. The father and son duo, Mukesh and Akash posed for the paps together.

Prithvi Akash Ambani was born on 10th December 2020. He turned 2 on the 10th of December but the grand birthday party is being held at the Jio World Garden at BKC.

Various celebs including Karan Johar with kids, Isha Ambani, Krunal Pandya and others have joined the birthday bash. Check out the pics below:

Karan Johar was seen with his twins, Yash and Roohi Johar at the birthday party as well. Karan, himself and also his kids are always dressed up nicely.

Krunal Pandya was joined by his wife Pankhuri and son, and Natasa Stankovic and Agastya Nanda. Krunal was seen holding Agastya while they posed for the paparazzi.

Isha Ambani was seen at the birthday party of her nephew. She dropped by in casuals as well. Akash’s twin sister was seen alone without her newborn twins.

Ritika Sajdeh was seen with her daughter Samaira at Prithvi Akash Ambani’s birthday bash. Samaira was seen in a cute floral outfit. Rohit Sharma did not join the birthday party.

Just check out the decor of the birthday bash here. It looks like Peppa Pig and even Lego themed-birthday bash. There are Christmasy like decorations as well.