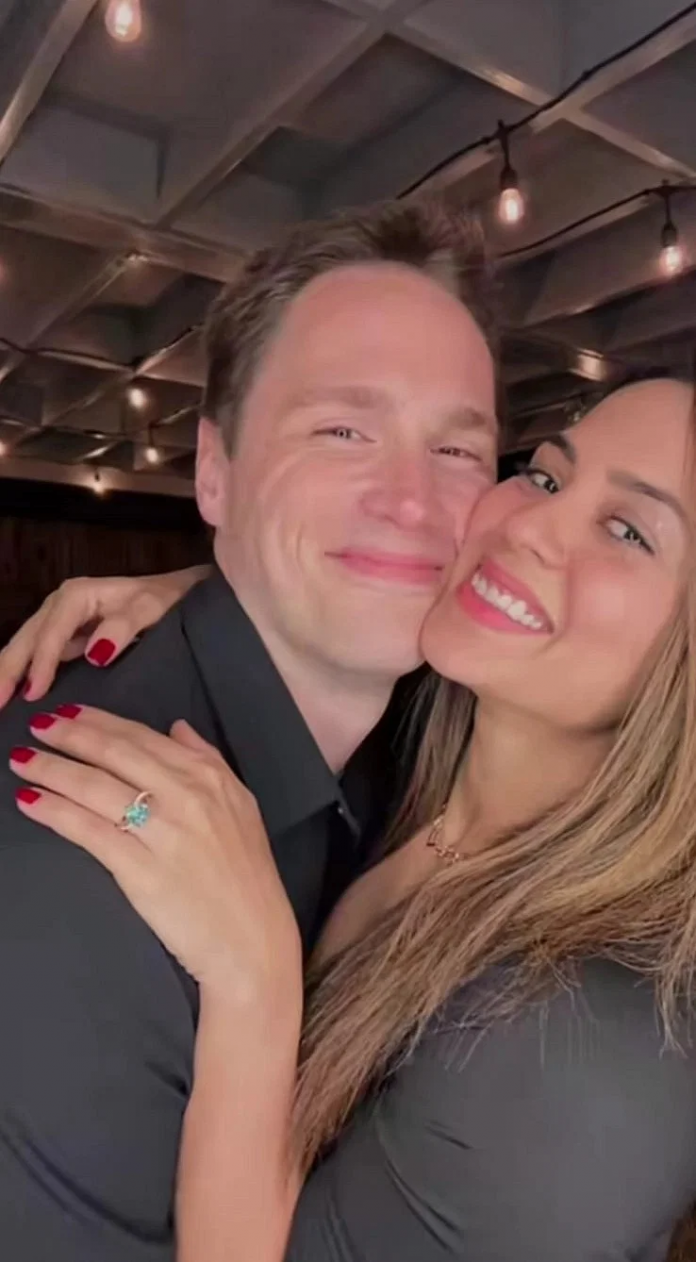 Shah Rukh’s darling daughter is no longer single. His daughter has surprised everyone on new yearby getting engaged .Now the pictures of the special moment of daughter are also going viral on social media.

Here I am talking about Shah Rukh’s on screen daughter i.e Anjali rather than real life daughter ‘Suhana’. Now she has grown up and beautiful as well as. Now she is such grown that even got engaged and going to start new chapter of life.

Sana Saeed , who amazed fans with her acting chops in the iconic film ‘ Kuch Kuch Hota Hai ‘ as little Anjali , has finally got engaged to her boyfriend, Csaba Wagner.

Taking to social media on Sunday, 31 December, the actor announced the news by posting a video of her magical proposal with her fans. In the clip, Csaba can be seen going down on his knees, while Sana looks exhilarated by the proposal.

The video also featured some adorable photos of the couple from their special day.. in which they are super happy and twinning with eachother in black outfit.

Recently she has also shared the video in which she was enjoying special moments with her boyfriend and creating memories.