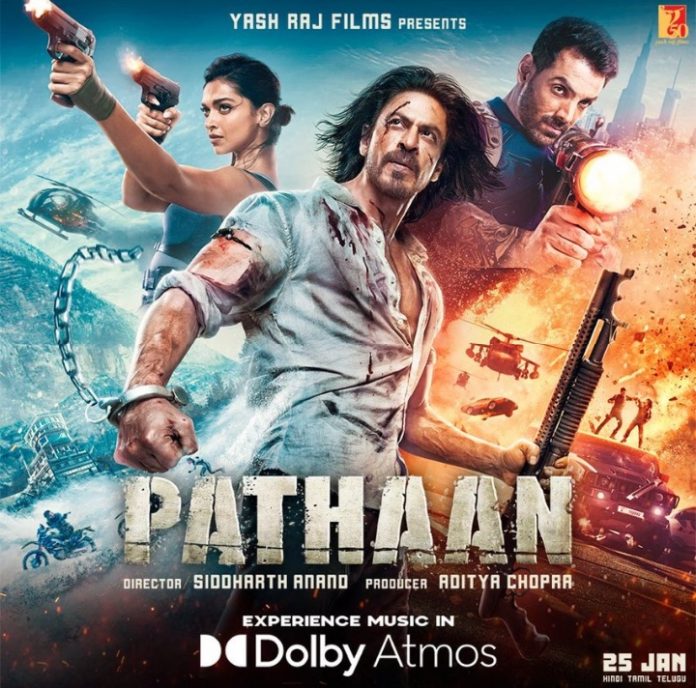 Shah Rukh Khan’s film ‘Pathaan’ started creating controversy since the release of its first track ‘Besharam Rang’. The song have sparked a massive outrage over outfit choices and its dance moves and Right-wing groups have been protesting, demanding the boycott of the film.

Only few hours are left in starting of advance booking of “Pathaan” movie in India, but craze of Pathaan has started already.

Before India advance booking of pathaan has already started in Germany and the figures have come out that are surprising.

Advance booking in Germany has started before 27 days of release of movie and the no of advance booking that has been done in few days is record in itself.

As in India tickets of movies are sold on bookmyshow similarly in Germany they are sold on cinemax.

A man living in Germany has shared a snapshot of the sale of tickets made in Germany, through which we can clearly understand that there’s a lot of buzz in Germany too for “Pathaan”.

Now only 22 days are left for the release of the film, Gradually, apart from Germany, advance booking will also start in India and other oversees countries.

Pathan is going to get a bumper release globally. In this way, the sales figure of the first day can create new records.It is obvious that the sale of tickets and first day opening of Pathaan is going to be in competition with KGF 2.

KGF 2 proved to be the biggest hit in 2022. On the first day of release, K.G.F: Chapter 2 collected ₹134.5 crore (US$17 million) at the box office in India . Inorder to make new record Pathaan need to break this before.

The way Shri Ganesha of advance booking has happened in Germany, it can be guessed that in January the film will bring back spring i.e good time of film.

In 2022 no film other then “Brahmastra” could do well, in this it will be interesting to see whether Pathaan will be able to break the record of KGF 2 and make collection of ₹200 crore on first day.