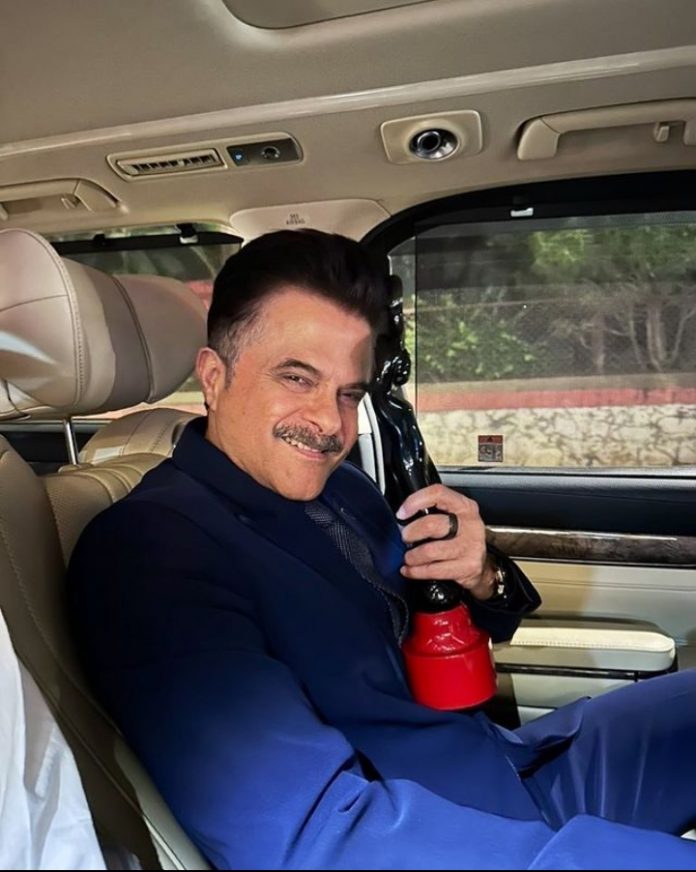 Anil Kapoor, an Indian actor and producer who works primarily in Hindi films, besides television and international films and television, 66, celebrated his birthday with family and close friends on Saturday (December 24) at his residence in Mumbai.

The veteran actor looked dashing in an all-black ensemble. He happily posed for the shutterbugs and also cut the cakes with them.

Anil’s daughter, actor Sonam Kapoor shared a precious picture of father holding her son Vayu as she wished him on his special day.