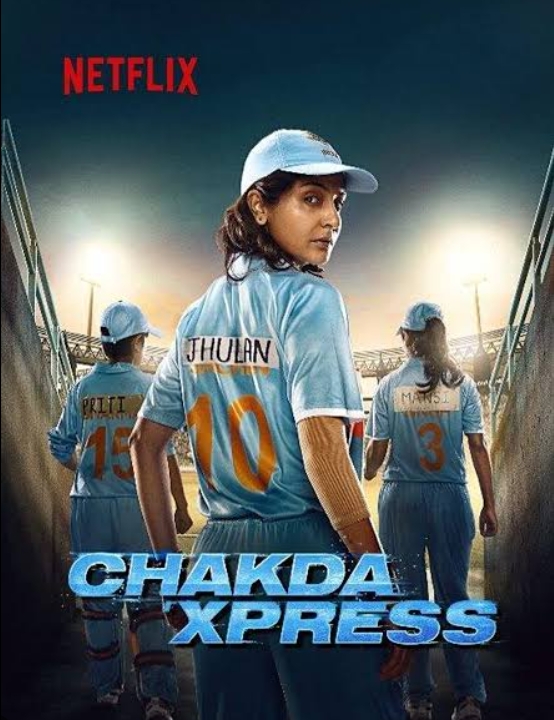 Prosit Roy is the director of “Chakda Express”. Roy and Anushka will partnership onc again after his directorial debut in the supernatural horror movie Pari for the Bollywood star’s production company Clean Slate movies. Abhishek Banerjee is writer of this movie.

Saurabh Malhotra and Anushka’s brother Karnesh Sharma both are the producer of Chakda Xpress Movie.

Chakda Express is inspired by the Life and Times of Former Indian Captain Jhulan Goswami and It will be an eye-opener into the world of Women’s Cricket.”

Chakda Xpress Release Date 2022 – Actress Anushka Sharma took a long break from films. The last film she was in was “Zero,” which came out in 2018. In 2020, she made a film called “Bulbul” for Netflix Platform. She’s back to acting after having a child.

Her new film is called “Chakda Xpress,” and it’s based on the life of cricket player Jhulan Goswami.

After so many remakes and biopics in Hindi, viewers are very tired of the same thing, and the results of these kinds of films are easy to see these days.

We’ll have to wait and see if this film gets people’s attention, since it’s going to skip the cinema release and go straight to Netflix’s OTT platform. The OTT platform Netflix bought the digital rights to this film.

Anushka Sharma fans have much to rejoice. The actress has wrapped the shoot of her upcoming filmChakda Xpress, a biography of Indian cricketer Jhulan Goswami.

Sharing the update with fans, Anushka has posted a bunch of images from the wrap-up party in which the actress is dressed in a cricket jersey with cropped hair to resemble Jhulan.