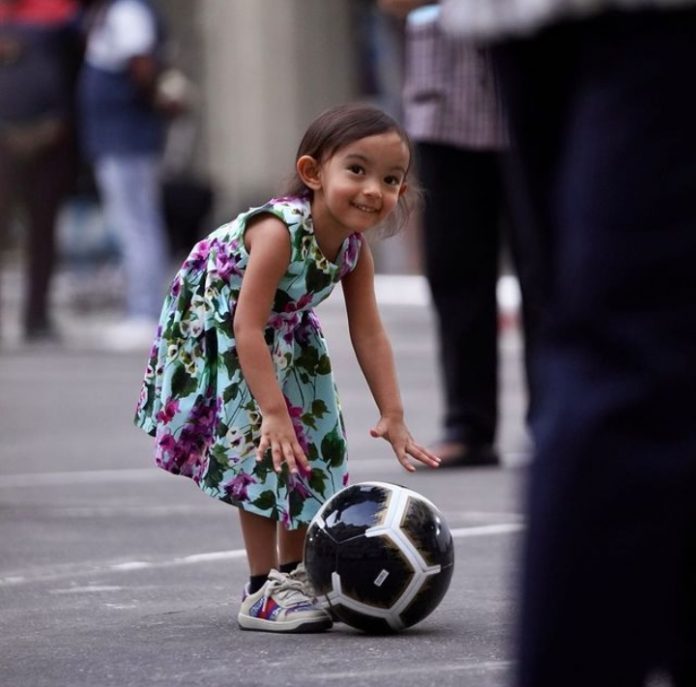 The adorable couple welcomed their daughter Ayat on December 27, 2019, who will soon turn 3.

Bollywood couple Angad Bedi and Neha Dhupia arrived at the party in casual outfits. Angad opted for a blue hoodie, whereas Neha donned a red varsity jacket over a black top.

Riteish Deshmukh and Genelia D’Souza also came with their kids .

Aparshakti Khurana arrived with his wife Aakriti Ahuja and daughter Arzoie. He opted for a white t-shirt and shredded blue jeans.

Veteran actor Helen donned a floral off-white suit and was seen waving at the paps.

Bollywood producer Atul Agnihotri arrived at the party with his wife and Salman Khan’s sister Alvira Khan Agnihotri. The producer opted for an olive green shirt and blue jeans, whereas Alvira opted for a loose blue dress.

Actor Neil Nitin Mukesh opted for a red shirt over a white shirt and blue jeans. He arrived at the party along with his wife Rukmini Sahay and daughter Nurvi.

Actor and producer Sohail Khan opted for a yellow checked shirt with blue jeans and was seen interacting with the paps.