Entry of Spy Bahu on OTT 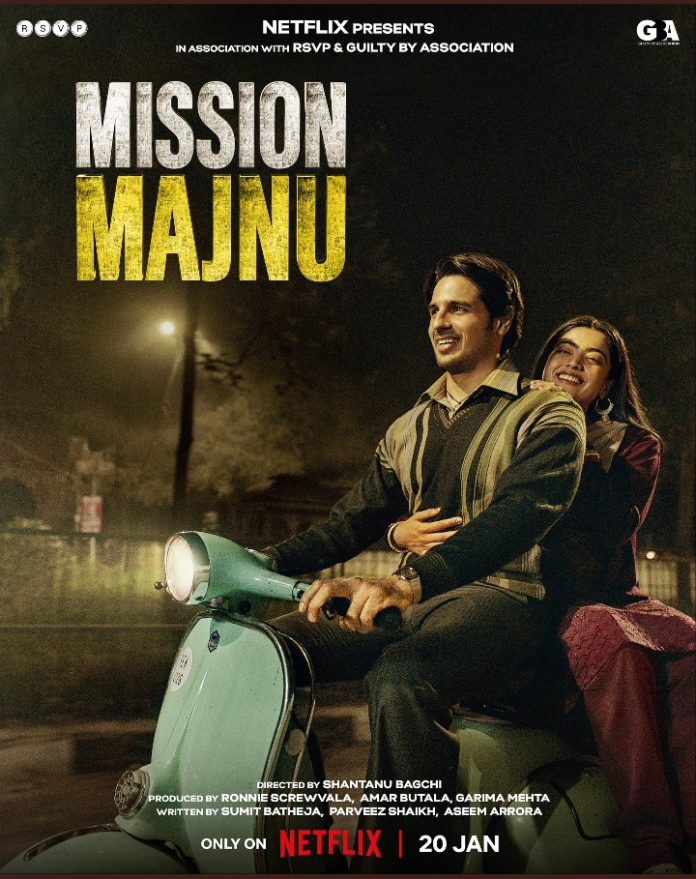 Starring Sidharth Malhotra and Rashmika Mandanna in lead roles, the film is described as the untold story of India’s greatest covert operation, taking place before and during the Indo-Pakistani War of 1971.

In the film he will be seen laying a RAW agent, while Rashmika will be seen playing a Muslim girl based in Pakistan.

During interview with Sidharth Malhotra on being asked about marriage he said that, “Will not express in front of everyone because what is that Majnu who tells everyone, directly we will do, later all will know”.

They also did beautiful dance on “Rabba Janda” – Mission Majnu Song Launch which is Rashmika’s first hindi ‘love’ song .They also said that Rabba Janda Song is so beutiful that one can constantly hear it.

Rashmika also said that, “During shoot he made me eat every types of sweets like jalebi , rabdi and many more and made me look like balloon” on which Siddharth replied ,”She taught us fitness routine , she used to daily go for gym on time to time basis managing shooting with it.”