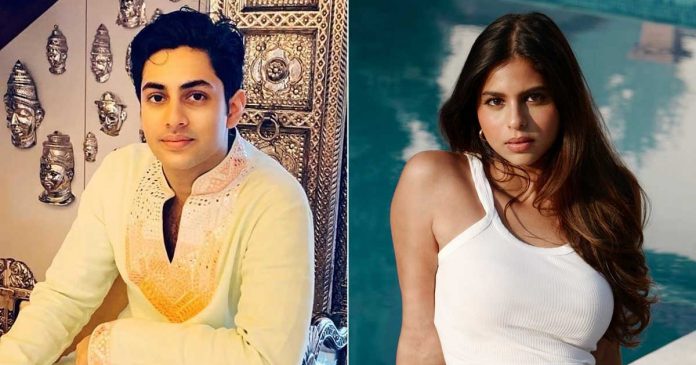 Even before she steps into the glamorous world, she’s been making headlines and how! Yes, we are talking about Shah Rukh Khan’s darling daughter Suhana Khan, who’s all set to make her Bollywood debut with Zoya Akhtar’s The Archies.

The film will see the launch of many newbies including Janhvi Kapoor’s sister Khushi Kapoor, Amitabh Bachchan’s grandson Agastya Nanda, Vedang Raina, Yuvraj Menda and others.

Every time the diva steps out, she grabs netizens’ attention and makes heads turn. The budding actress enjoys a massive fan following and already has a number of Instagram fan accounts to her credit. However, now she’s in the news for altogether different reasons.

If latest reports are anything to go by then Suhana Khan and Agastya Nanda are the new lovebirds in the town. Yes, you heard that right! Suhana and Agastya, who met on the sets of The Archies, have been spending some quality time together before they make it official. Well, after seeing Suhana attending annual Kapoor Christmas lunch, we can totally connect the dots now.

It sounds like Suhana and Agastya entered into a relationship on the sets of The Archies. “They would spend a lot of time together and were not even trying to hide their bond.

While they don’t plan to make it official yet, most people in the production house learnt about their bond in August 2022”, the source said. The report also added that Agastya’s mother Shweta Bachchan “approves of the relationship” and “loves Suhana”.