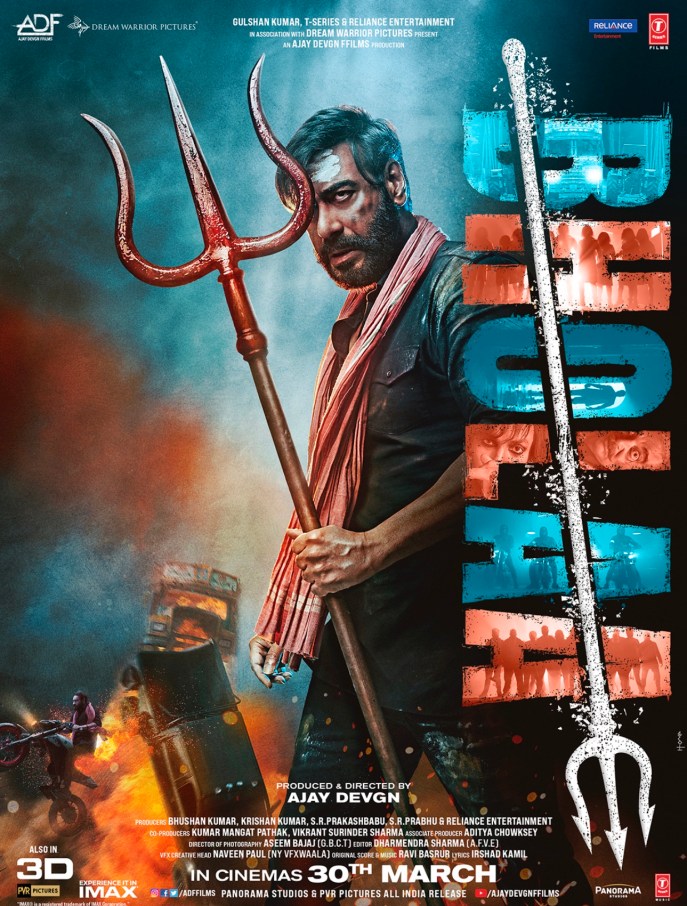 Ajay Devgn has released the second teaser of his much-awaited film Bholaa, co-starring Tabu. Helmed by the veteran actor, the teaser offers a sneak peek into the high-octane action sequence.

The over-one-minute-long video starts with Ajay Devgn’s power-packed dialogue. In the teaser, the actor dons an all-black ensemble and white powder on his forehead. The teaser also introduces Tabu (a police officer), being dragged by what appear to be goons.

In the trailer we can see Ajay Devgn fighting with goons and performing some high-octane stunts on a bike and truck.

Fans are just loving the teaser of film and eagerly waiting for the upcoming film “Bholaa”.

After seeing the second teaser it seems the trailer will be worth waiting. Actor shared 2nd teaser of film with fans through social media.

Actor-filmmaker Ajay Devgn at the teaser launch of his upcoming movie “Bholaa” shared that he is eagerly waiting for the release of Shah Rukh Khan’s upcoming action entertainer ‘Pathaan’ and hopes that it “puts our industry on the track”.