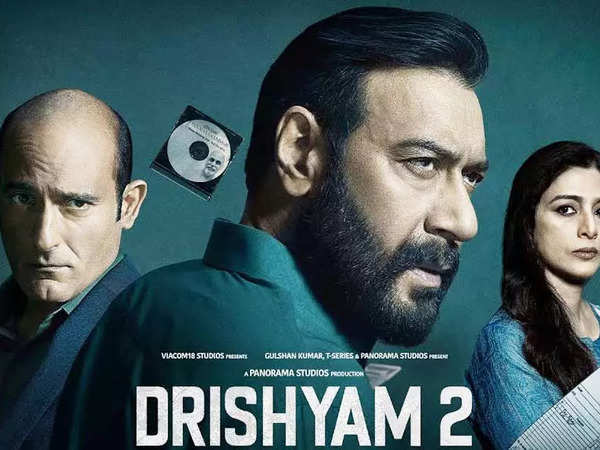 There are very few sequel for which the audience keep on waiting though they have already watched the same in original language ,they are already aware about the story, then also the film attracks them towards them through which we can understand the amount of craze the industry is having for watching the movie .

Story of the film is such that as we know that in the earlier movie i.e Drishyam Vijay was the cable operator now in this part he is theater owner through which he wants to make fabulous movie for which he takes the help of Saurabh Shukla he was fumbling while speaking about climex .

Where Vijay is busy in making of film his family was unable to divert there mind from the trauma of 2nd Oct which was being reflected from the panic attacks of his daughter and the fear that his wife was having from police but every thing was going on was well till the entry of Akshay Khanna and the time when he started searching dead body. Then same story continues as in Drishyam i.e interrogation from family .

Here the craze in the public for watching the movie is an evidence of the love that movie is getting from the pubilc. This movie has been rated 4.8 by the pubic which is fabulous number . Actors of the film stood up to the mark set by them in Drishyam and the acting done by actors was so good and up to the mark for audiance.