SALAAM VENKY ALL SET TO RELEASE 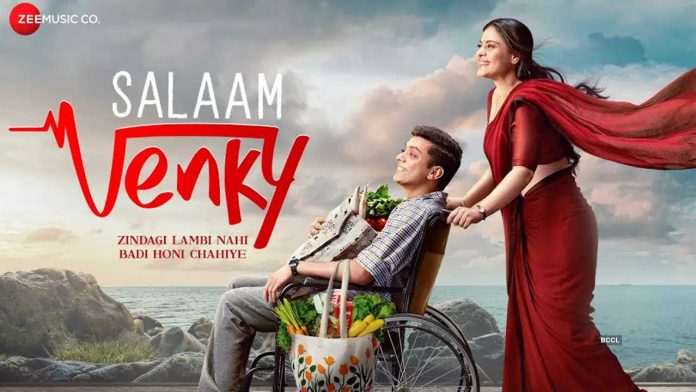 Salaam venky is an upcoming Indian Hindi-language slice of life drama film directed by Revathi . These movie is screenplayed by Sammeer Arora , Produced by Suraj Singh , Shraddha Agrawal and Varsha Kukreja ,Starred by Kajol and Vishal Jethwa , Cinematography by Ravi Varman etc . These film was announced by Director on 7th Oct 2021.

Salaam Venky is scheduled to be released on 9th December 2022 in cinemas . The digital rights are held by Zee5 and Zee Cinema respectively. These film is centered around a true story of a mother who does everthing she can to let her son diagnosed with Duchenne muscular dystrophy , live life to the fullest and is obvious as every mother does what she can, in order to fulfill the dreams of her child.