Priyanka reveals the reason of surrogacy 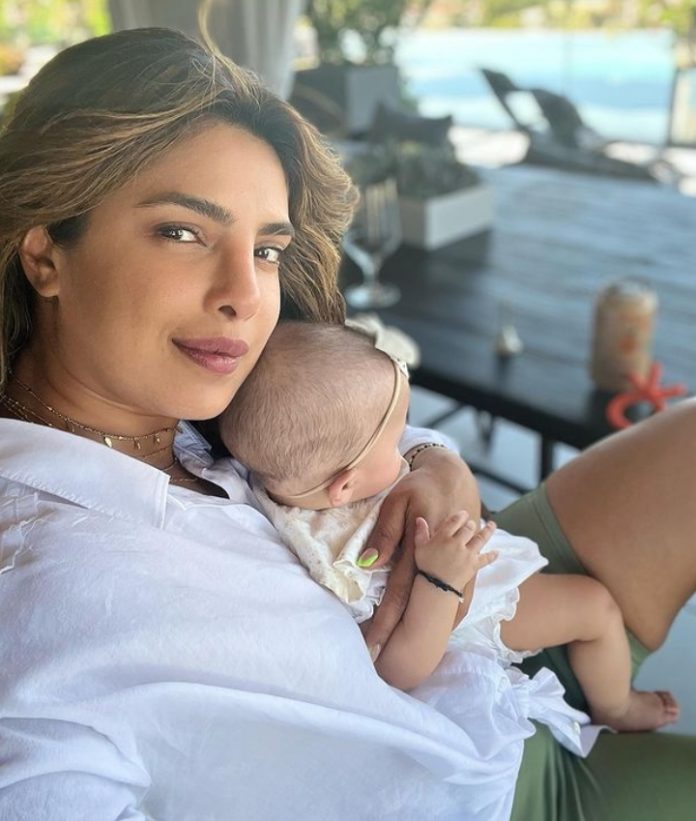 Priyanka Chopra took to Instagram and shared a behind-the-scenes video from a magazine shoot. She posted a cute clip with daughter Malti Marie Chopra Jonas on Thursday. It marked her first cover shoot with the little one for Vogue. The mother-daughter duo twinned in red outfits. In the video, little Malti can be seen restless, as her mother tried to snuggle her.

During her interview with Vogue, Priyanka broke silence on being accused of ‘outsourcing’ her pregnancy as she had Malti via surrogacy. She said to British Vogue, “I’ve developed a tough hide when people talk about me.”

“But it’s so painful when they talk about my daughter. I’m like, ‘Keep her out of it.’ I know what it felt like to hold her little hands when they were trying to find her veins. So no, she’s not going to be gossip. I’ve been really protective of this chapter of my life with my daughter. Because it’s not about my life only. It’s hers too.”

Priyanka and Nick Jonas got married in 2018. They were engaged after two months of dating. In a joint statement on social media handle, the two announced the birth of their first child in January, 2022.

The couple welcomed their daughter Malti, via surrogacy. Malti Marie’s name is inspired by the middle name of the couple’s mothers.

Priyanka  will now be seen in Hollywood films like Love Again and Ending Things. She will also make her OTT debut with the Prime Video web series, Citadel. Produced by Russo Brothers, the sci-fi drama series is directed by Patrick Morgan and stars Richard Madden with Priyanka. Priyanka also has Farhan Akhtar’s Jee Le Zaraa. It will star Alia Bhatt and Katrina Kaif. This movie will mark Farhan’s directorial comeback in Bollywood.