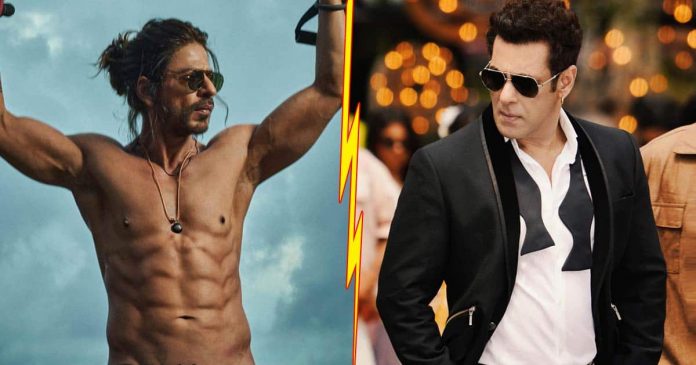 Fans are waiting to see Shah Rukh Khan on-screen after four years, and the advance bookings for ‘Pathaan’ is already begun.The film also starring Deepika Padukone and John Abraham is set to release on January 25.

Now there are reports that the teaser of Salman Khan’s next release Kisi Ka Bhai Kisi Ki Jaan will also be played in cinema halls along with the Siddharth Anand-directed actioner on January 25.

Which will be a big good news for all Salman Khan’s fans .

It shall see the actor team up with Katrina Kaif.