Alaya on her insecurities in Film Industry and Anurag Kashyap 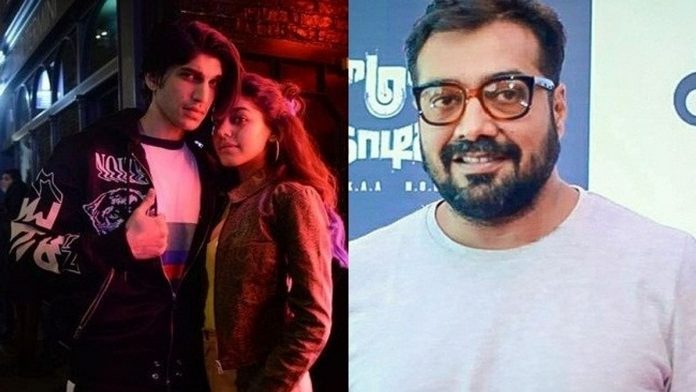 Alaya came up for her upcoming movie’s trailer launch.

She was asked on working with Anurag Kashyap. She replied,” What do I say about Anurag Sir? I have nothing but just praises for Anurag Sir. When I had met Anurag Sir, I had signed up for this film even before “Jawani Jaaneman”, so it was supposed to be my first film. I think I signed this film 5 years ago from now, in 2018.”

She talked about her initial days in acting,” At that time I was in my testing phase. I was going through lot of auditions and meetings but I wasn’t getting any projects.”

She continued,” At one point, I got that self-doubt if I’m capable of being in this industry. Do I have what it takes? I remember I had met Anurag Sir and in an instinct I had made a reel of 7-minutes.”

She said,” He looked that 7-minutes reel with full focus and said I have a film that’s perfect for you. He’s like Will you do the film. And this gave me an incredible sense of belief in myself, that someone that’s known for scouting out talents and nurturing talents, has seen something in me. I was like what’s this.”

She elaborated saying,” When I entered the room, he’s like I don’t do film like your type. I only make ‘Tedhi Films’. And 7-minutes later!! Thank you for all the confidence that you gave me, Sir.”

Alaya spoke on her character in this film and her preps for it. She said,” Saloni Ammi is Amrota’s Ting-Tong personality. So for the dialect of Saloni Ammi, I asked Anurag Sir what prep do I do, how should I prep for this? He’s like Amrita is so natural, she doesn’t have that dialect. And just inspired by Anurag Sir. So it’s a very interesting film and it challenged me on many levels as an actor.”

She revealed,” Karan and I are playing two characters each in the film. So the film has four characters and with Ammi, I have third character as well.”

Alaya spoke on being away from Rat-Race, says,” I think as an actor you’re never really completely secure. Also if I was feeling a little secure, I would lose half of all the hunger and motivation in life. I don’t think I can ever completely allow myself to feel completely secure.”

Speaking on her insecurities She adds on,” Do I feel content and happy? Yes, I do feel really grateful that people have come to me with such amazing projects. For Jawani Jaaneman, I was tested for and for Almost Pyar , Anurag Sir saw my reel and he liked it. But all the projects that have come to me are really amazing because the directors and producers believed that I could do well in. This is my third and there’re three more after this and when I look at the line up I suddenly realise that the other day I have film in every genre. So that’s something an incredible feeling. So, I feel very grateful and very excited.”

She said,” I feel that the time that pandemic took away from my career, I’m feeling like I’m getting it back and I can’t wait audiences to watch it all that I have done.”