Raashii Khanna as ‘a woman of substance’ in “Farzi” 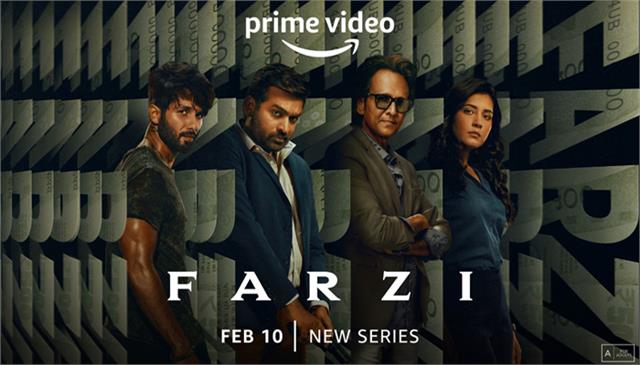 First teaser of Shahid Kapoor’s OTT debut Farzi was released on Wednesday by the streaming platform Prime Video and the actor himself on Instagram.

Farzi, directed by Raj and DK, stars Shahid in the lead with Vijay Sethupathi playing a cop. Official synopsis of the show reads, “A small-time artist working out of his grandfather’s printing press has designd the ultimate con job – a crime uniquely suited to him – and gets pulled into the murky, high stakes world of all that it demands.

A fiery, unorthodox task force officer has made it his mission to rid the country of the menace this poses in this fast-paced, edgy one-of-a-kind thriller. Here Shahid Kapoor turns artist in his OTT debut.

Actress Raashii Khanna is all geared up for her first pan-India release this year with Raj and DK’s ‘Farzi’. She said that her character is a “woman of substance” and a “proof of ardent feminism” the makers practice.

‘Farzi’ will be followed by her big Dharma Productions’ debut ‘Yodha’. Revealing the first look of Raashii from Farzi, the makers introduce ‘the woman in the man’s world’ of this original story of copying.

Beaming with confidence, class and power, Raashii Khanna exudes headstrong, boss lady vibes in the poster, stirring the excitement for her character.

Talking about the poster of Farzi, Raashii Khanna shared: “Farzi has been our labour of love and one of my most special roles in life. The poster perfectly tries to emulate the strength, power and confidence of my character, breaking her way as a woman holding her ground in a world dominated by men.

“She’s a woman of substance and proof of the ardent feminism Raj and DK practise. I am excited to unravel the world of Farzi to the audience.”