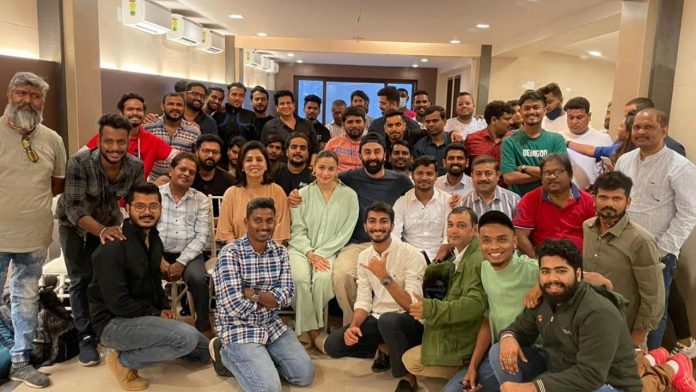 Alia Bhatt and Ranbir Kapoor, who welcomed their daughter Raha in November, last year, urged paparazzi to follow the “no-pictures policy,” as per a report in ANI. On Saturday, the couple held a meeting session with the paparazzi and requested them not to click pictures of their daughter.

Also, they showed the photographers an image of their 2-month-old daughter and treated them to snacks. Ranbir’s mom and veteran actress Neetu Kapoor was also part of the meeting. Ranbir and Alia welcomed their daughter on November 6, 2022.

Alia Bhatt took social media by storm as the new mom revealed the name of her baby daughter. Alia Bhatt and Ranbir Kapoor chose to name their little girl ‘Raha. ‘ The actress also shared the meaning of her daughter’s name, penning it in her caption.

Alia Bhatt and Ranbir Kapoor got married in April 2022 after dating for several years.

Meanwhile, on the work front, Alia Bhatt will be next seen in Heart Of Stone and Rocky Aur Rani I Prem Kahani. On the other hand, Ranbir Kapoor has Animal and Tu Jhoothi Main Makkaar.