“Rocket Gang” to premiere on Zee 5 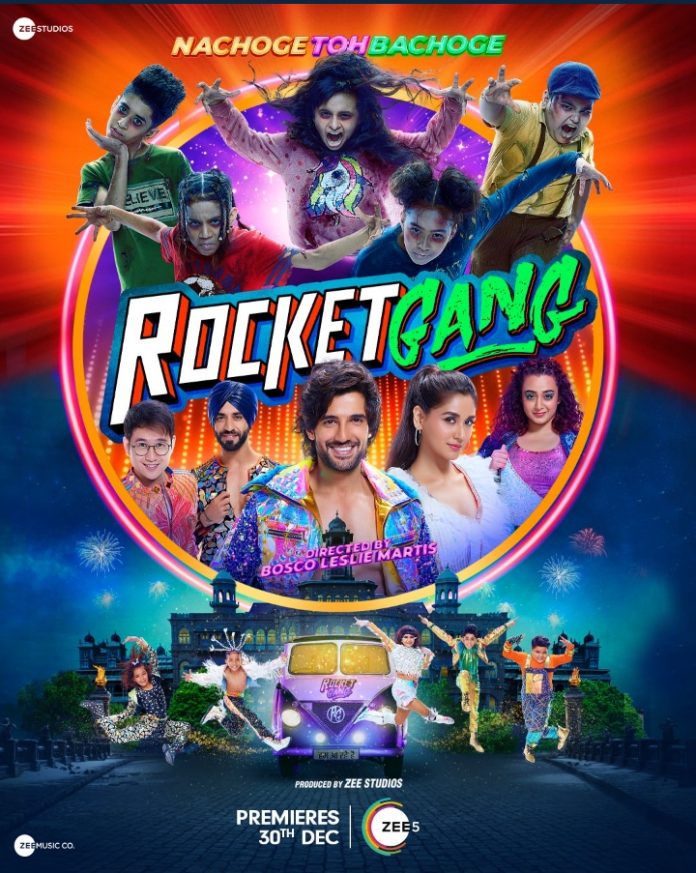 Rocket Gang is a roller-coaster ride of friendship, camaraderie, love & dance as the team of 5 children step into the biggest dance competition to accomplish their dream.

Rocket Gang, directed by Bosco Leslie Martis, is set to start streaming globally on ZEE5 from December 30, the platform announced on Wednesday.

The upcoming horror-dance film Rocket Gang has created quite a stir online after its trailer was launched recently. The movie trailer became the talk of the town and is being liked by audiences and critics alike.

Megastar Ram Charan’s reaction took social media by storm as he shared his enthusiasm for the movie by uploading a social media post for the Rocket Gang team.