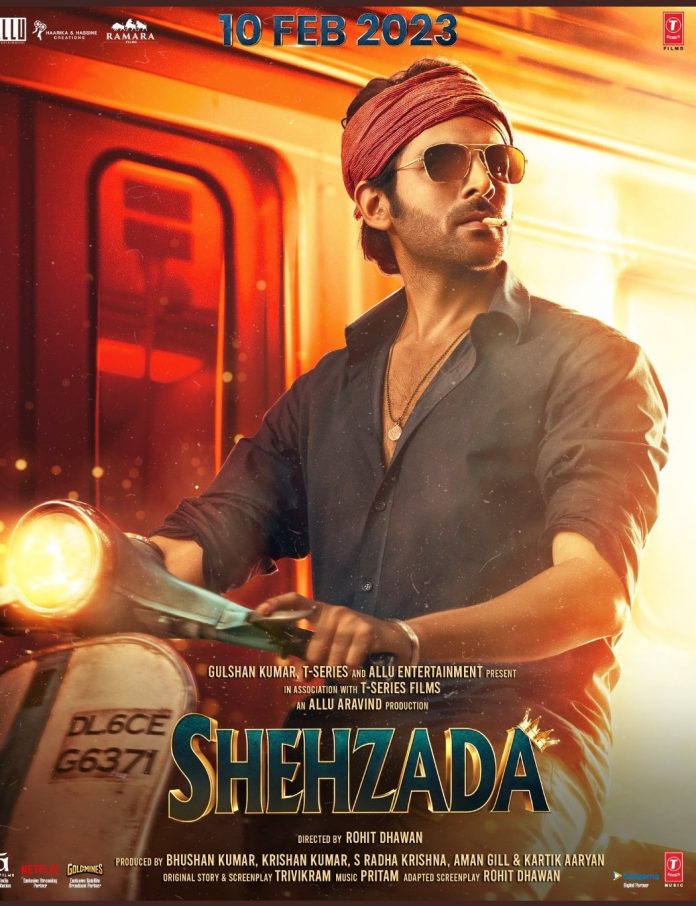 Kartik Aaryan is back with a bang and this time, the actor will be seen packing a solid punch like a mass action hero. The makers of Shehzada have unveiled the trailer of the entertainer, and it is packed with action, punch lines, catchy music, and of course, Kartik Aaryan’s swagger!

The trailer of Shehzada, which is an official Hindi remake of Allu Arjun starrer Ala Vaikunthapurramuloo, promises to be a masala entertainer which serves a good blend of action, comedy, emotions, drama and other ingredients.

The film’s trailer teases the plot of Shehzada where Kartik’s character finds out that he is an actual son of a multi-millionaire and not of a working class man.

The Shehzada trailer shows Kartik Aaryan and Kriti Sanon’s effortless chemistry as we saw in Luka Chuppi and we also see them dancing to catchy songs.

The best part about the trailer has to be the unexpected, yet hilarious punch lines. In the trailer, Kartik is also seen giving a short monologue about ‘rich kids’ and ‘nepotism’.

The music of Shehzada has been composed by Pritam, and the track playing in the background, as well as the score of Shehzada seems quite catchy!

Shehzada has an excellent ensemble cast, and Paresh Rawal’s scenes in the trailer are clearly one of the highlights! Manisha Koirala, Rajpal Yadav and others have also left us in awe of their performances, from the little glimpse we got in the trailer currently trending on trending.

Meanwhile, Manisha Koirala also shared a series of pictures and videos on her Instagram from the wrap-up bash.

Kartik Aaryan will also debut as a producer with Shehzada, and has joined producers Bhushan Kumar, Allu Arvind, and Aman Gill. Shehzada is set to release during the Valentine’s Day weekend i.e. on February 10, 2023.