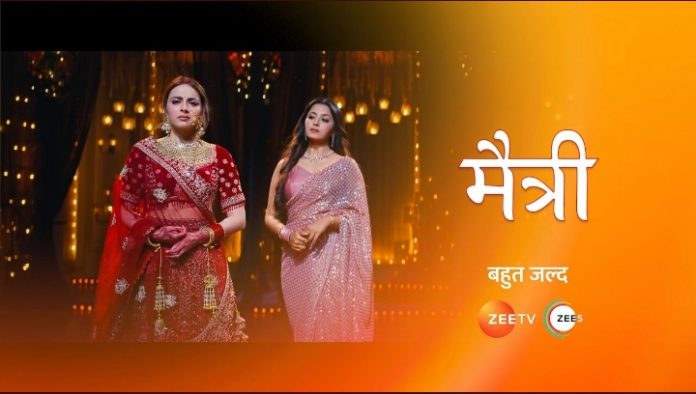 Zee TV has announced to fill the two slots from 6 PM to 7 PM with two new shows and Maitree might be one of them.

The telecast time of Maitri is expected to be at 6 PM slot on Zee TV and will be telling a tale of friendship, which has been clearly shown in the promo.

Popular television actress Shrenu Parikh will be seen playing the female lead in Maitree while Namish Taneja will play the male lead.

Maitri is a simple and good-natured girl and her beauty lies in her simplicity. He has child-like innocence and tremendous enthusiasm, seeing which people around him also feel happy. Professionally, she runs an event management company.

Being a multitasker, she knows very well how to strike a balance between work and relationships. Although she keeps Nandini above all, but only until an unseen twist comes in her life.

The show ‘Maitree’ is a reflection of true friendship and childhood bonds between two friends living in the city of Prayagraj. Actress Shrenu Parikh, who is known for her roles in ‘Iss Pyaar Ko Kya Naam Doon?’ and ‘Ishqbaaaz’, is all set to play the titular role in the new show ‘Maitree’.

The release date of Maitree is expected in January 2023.