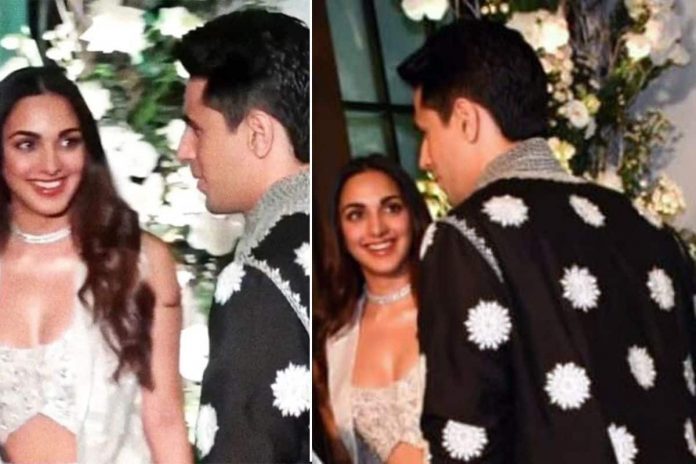 Mission Majnu had it’s special screening and the event was full of celebs.

Sidharth Malhotra’s alleged girlfriend Kiara Advani too arrived at the screening. She’s seen in White plazo pant with the same color tank top. She glammed the look with a bun and a golden bag on her waist.

Sidharth too was there at the screening. He styled himself with loose black pants matched it with blue-white check shirt and black jacket.

The event was held on Sidharth Malhotra’s Birthday.

It said,”Whatcha lookin’ at birthday boy”. Fans went awww over this sweet post.

Kiara even shared a story of Mission Majnu review and tagged Sidharth Malhotra, to which Sidharth even thanked her. This is how they showcases their PDA’s in public.

During the screening though Sidharth Malhotra and kiara Advani didn’t pose together but they were spotted lately together meeting each other.

Sidharth even hugged kiara but by the time sensed media coverage around him, he refrained and maintained distance from him.

There are reports of Sidharth Malhotra and Kiara advani about to tie knot in February.

The couple have neither denied the reports nor accepted it.

Recently, at the Mission Majnu press meet when Sidharth Malhotra was asked about the rumours he didn’t deny it rather avoided it.

A close source to Sidharth and kiara has revealed that even the venue has been booked and it will be Three days function.

The probable dates are suggested to be February 6.

Sid-Kiara were even together during New Year Eve.