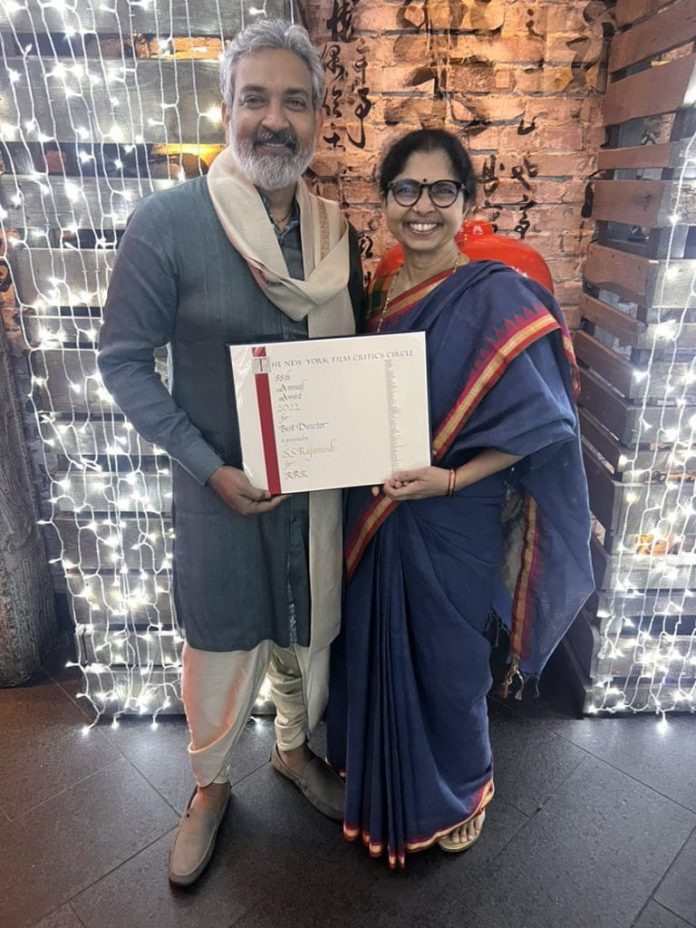 RRR made history, getting settled for 5 nominations at the Critics Choice Awards, including Best Picture and Best Director, only days after receiving two Golden Globe nominations.

SS Rajamouli’s period action film “RRR” has been nominated for a Golden Globe Award in the best picture non-English language category. The Hollywood Foreign Press Association (HFPA) shared the announcement on Monday evening on the official Twitter page of the Golden Globe Awards.

SS Rajamouli recently won the top prize – Best Director – at the New York Film Critics Circle for his film RRR. Pictures and videos from the awards were shared by the official Twitter handle of RRR. In his acceptance speech, the filmmaker thanked his family, the film’s cast and crew and the jury for the awards.

Meanwhile, SS Rajamouli and RRR stars Ram Charan and Jr NTR will also attend the Golden Globe awards which will be held in Los Angeles on January 11. RRR has been nominated in 2 categories – for Best Foreign Film, and the film’s track Naatu Naatu has been nominated for Best Original Song.

Nattu Nattu from SS Rajamouli’s RRR has also made it to the Oscars shortlist of the Best Original Song Category. The nominations for the 95th Academy Awards will be announced on January 24. RRR, released across the globe in Hindi, Tamil, Telugu and Malayalam, has submitted itself for consideration in various Oscar categories.

Due to all this achievements RRR is trending on no 1 .