Suhana Khan sets internet on fire with her latest post 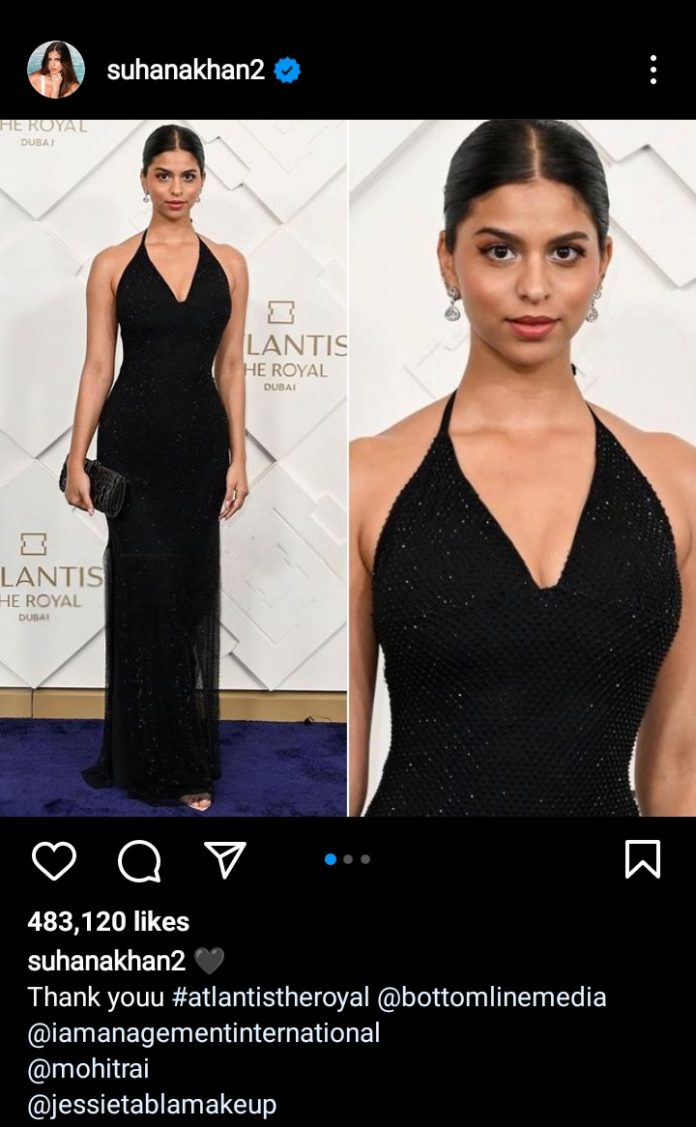 In photos Suhana looked extreme hot and glamourous like always. In first photo she wore black gown while in other pink coloured short dress and in third she is seen posing with mother Gauri Khan and Sanaya.

Not only fans but also celebrities like Ananya Pandey, Sanaya Kapoor etc are commenting on her post .

Professionally she will be doing her debut in Bollywood through “The Archies”. For this debut fans are super excited.