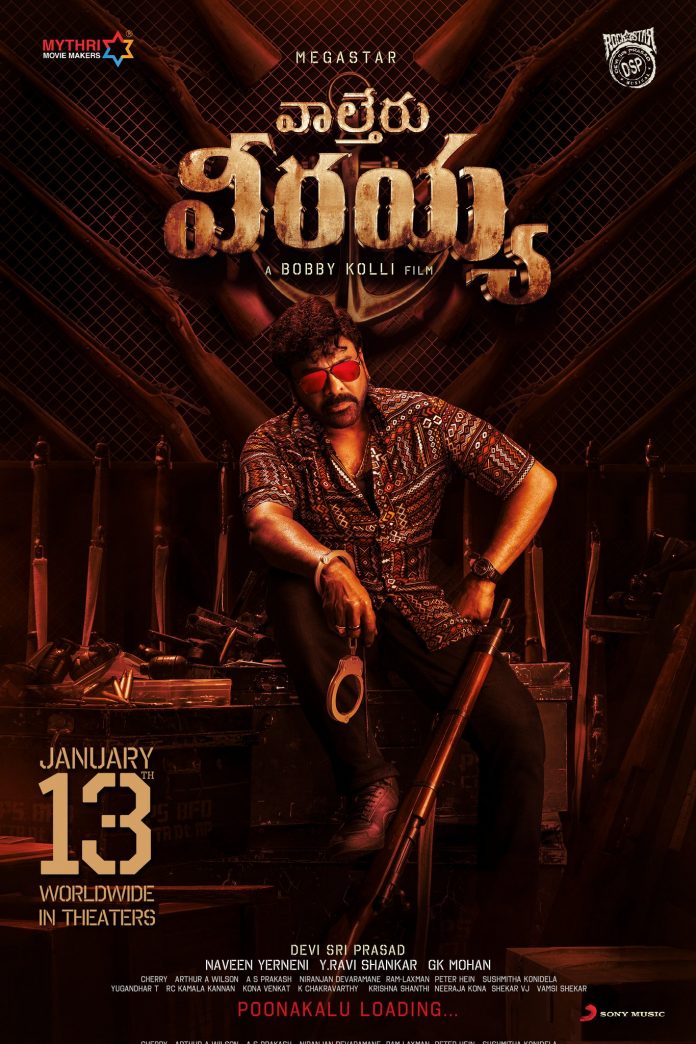 Just have a look on the teaser of the film looks like complete action comedy film.

Chiranjeevi is coming to set the screens on fire with his upcoming mass actioner Waltair Veeraya. Amid high expectations and hype, the trailer of the film released today and promises a blockbuster family entertainer.

The Bobby directorial trailer of Waltair Veeraya hints that the film is going to be a complete treat for the die-hard fans of the megastar to watch a complete entertainment package during the festive season.

Waltair Veerayya is releasing on January 13, clashing at the box office with Balakrishna’s Veera Simha Reddy. It is anticipated to be the biggest clash as two movies are releasing for Sankranthi, the biggest festival for Telugu audiences.

Reacting to the clash with Veera Simha Reddy, which is also produced by Mythri Movie Makers, Chiranjeevi said, “The producer has the final say on the release date, regardless of the fact that I play a character in this movie.

These two films are being made by the same producer, and to them, they represent their two children and two eyes. They cannot treat one of them unfairly or with a lower regard than the others.” Chiranjeevi responded to the clash fairly enthusiastically and optimistically, saying, “They are doing wonderful service to both the films and you’ll be surprised after the release.”

As promised trailer of film shows complete package of high action along with romance opposite Shruti Haasan, and getting so much love from fans.