5 most controversial movies of 2022 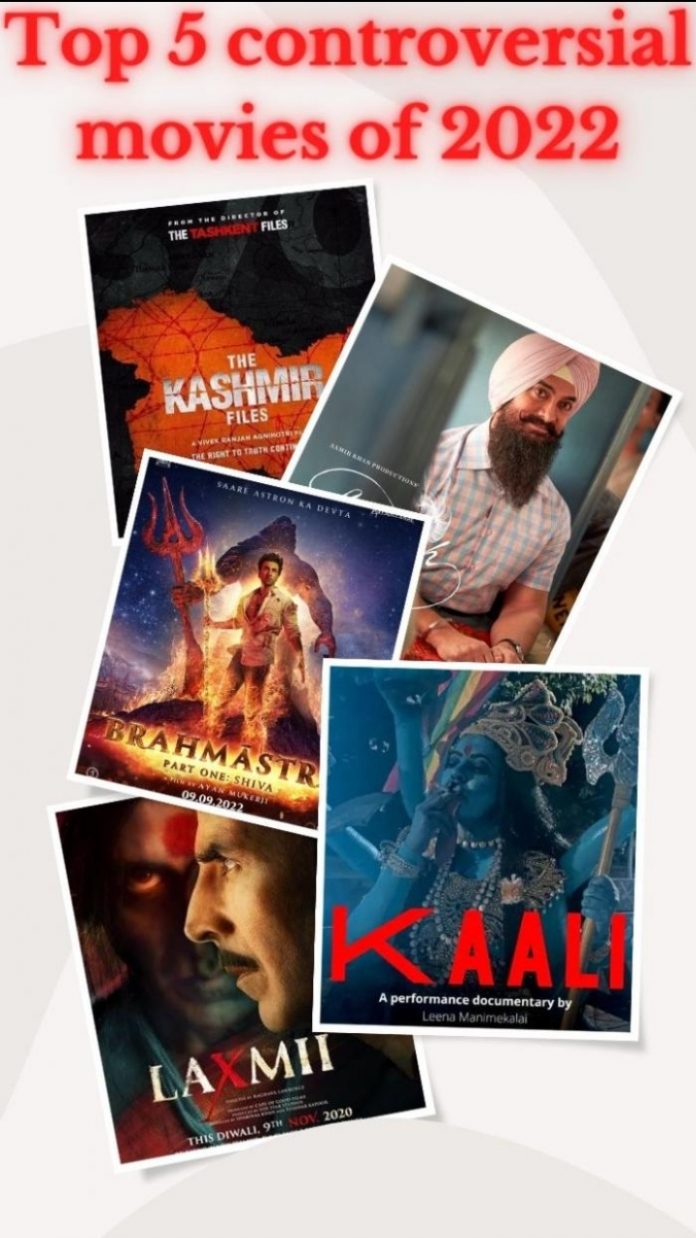 Bollywood is such that this ruckus never ends. In 2022 there were a big ruckus about big big films . Ruckus were such that the posters and effigies of film makers and actors have been burnt. So just have a look on the films which were trapped in ruckus and reason of such ruckus:

Bollywood films not working at the box office and coming out of new controversies this can be the proper definition for the bollywood of 2022. Many controversies were released given below are some of them:

Several people objected to the scene in the song which features Padukone in a saffron-coloured bikini, which led to protests across the country for allegedly hurting the Hindu sentiments. Protestors protested a lot and gave so much publicity to the song.

The comments of an Israeli director and jury chairperson of International Film Festival of India (IFFI) Nadav Lapid calling ‘The Kashmir Files’ “vulgar and propaganda” have sparked a furious debate. Lapid’s comments on the film came at the closing ceremony of the 53rd edition of IFFI on Monday in Goa.

3) Release of teaser of movie “Adipurush” itself created huge controversy. Due to controvesy makers decided to delay film release by 6 months.

Most have raised objections to the way Raavan’s character looks in the film. Actor Saif Ali Khan is set to play the character in the film who is the main antagonist of the film. “The way in which Ravana has been depicted is absolutely wrong and condemnable.

Predictably, Brahmāstra also faced calls for boycott, most famously when Bajrang Dal members refused to let Kapoor, Bhatt, and Mukerji enter a temple citing an old video where Kapoor mentions that he is “a beef guy” who loves to eat the meat.

5) Ordinarily their was no such thing like controversy in Amir Khan’s movie “Laal Singh Chaddha” but public was running massive campaign of Boycott the film on media.

Reason of controversy was disrespecting the Indian Army and hurting Hindu Sentiments in his movie ‘Laal Singh Chaddha’.

Lets see whether in 2023 also Bollywood will be stuck in controversies or will go ahead.