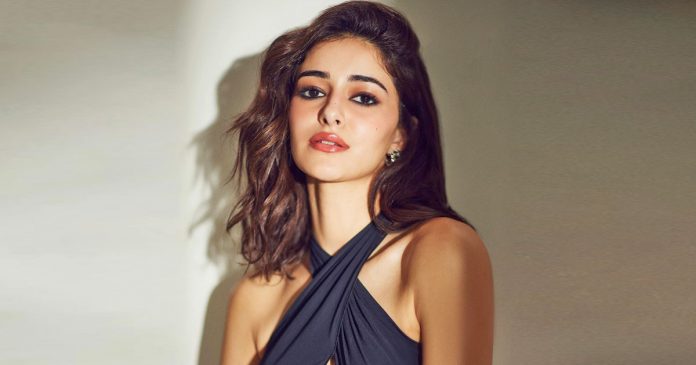 Actress Ananya Panday has carved a niche for herself in the acting world in a very short span of time. Today her fans are present all over the world, who are desperate to get a glimpse of her.

According to media reports, a piece of news is coming that Ananya Panday, who made her Bollywood debut with film industry veteran filmmaker Karan Johar’s Dharma Productions, is once again going to debut on OTT platform from the same production house.

If reports are to be believed, Ananya Panday will be seen playing the role of a billionaire fashion icon in this upcoming web series, who has been estranged from her family after a huge scam.

Although many more funny twists and turns will also be seen in this web series. Let us tell you that Colin D’Cunha is handling the responsibility of directing the ‘Call Me Bay’ web series in which Ananya Panday will be seen showing her magic.

According to reports, Ananya will be seen in a hoity-toity avatar in this Amazon Prime series.

According to Peeping Moon reports, Ananya plays the role of a billionaire fashionista in Call Me Bae.

The plot is set around Ananya belonging to an ultra-wealthy family and will be seen being caught in a sensational scandal.

The show will see her find her path through struggle, with what would seem like a self-discovery process.

Not just that, Ananya will be supported by a stellar cast around her.

The series will be directed by Collin D’Cunha who was supposed to direct Dostana 2, other than that, Ananya will also be seen in Dream Girl 2 with Ayushmann Khurrana.

It is expected that this web series will be released very soon for the audience. Let us tell you last movie of Ananya Panday “Liger” in which she worked opposite Vijay Deverakonda could not do wonders at the box office and it failed miserably.

As you’d know, Ananya made her Bollywood debut in the Dharma Productions-backed film Student Of The Year 2, surprised fans with her performance in movie.

Now it will be worth watching that will this new series be able to entertain the audience.