Are Anushka Rajan and Aditya Seal expecting their first child? 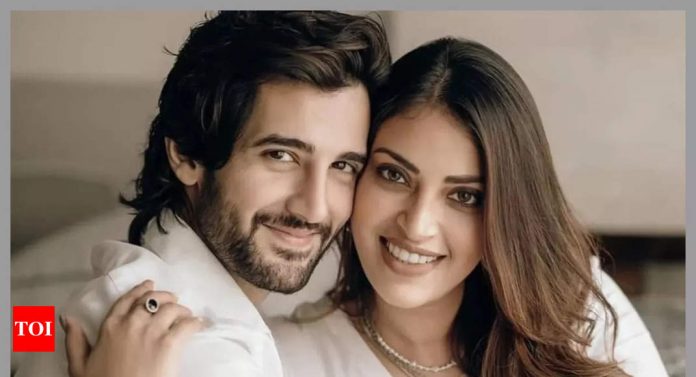 It has been just two months since Ranbir Kapoor and Alia Bhatt had embraced parenthood for the first time. The power couple had welcomed baby girl Raha Kapoor in November 2022 and they have been on cloud nine ever since.

In fact, they have been a hands on parents and are quite protective towards their baby girl. And as Alia is enjoying her journey of motherhood, it is reported that her best friend is also set to embark her journey of parenthood. We are talking about Anushka Ranjan who is married to Aditya Seal.

Aditya Seal of ‘The Student Of The Year’ fame, who tied the knot with Anushka Ranjan in November 2021, is reportedly expecting his first child with the actress. Thier wedding was attended by several prominent names from the industry such as Alia Bhatt, Neena Gupta, Manish Malhotra, Rhea Chakraborty etc.

Aditya Seal proposed to Anushka Ranjan in Paris in October 2019. They met in 2017 at a fashion show organised by the latter’s mother, Anu Ranjan. After dating for about four years, the lovebirds tied the knot in 2021.

“The couple is currently enjoying their New Year’s in Dubai. While the couple is enjoying their blissful time with their friends, they are also gearing up to enter a new phase in their lives. Both Aditya and Anushka are elated to become parents.”

But when IndiaToday.in got in touch with a source close to the couple they denied these rumours and said, “this is not true.” Anushka and Aditya are not expecting their first child as is being reported.