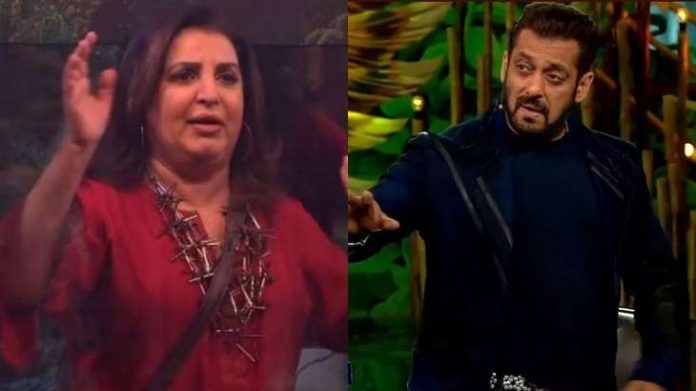 In the last two episodes of Weekend ka Vaar, Salman Khan bashed Tina over faking relationship with Shalin and confusing everyone.

Now, in the latest one, we saw families coming on the show.

Where Nimrit’s Father pointed out at Priyanka’s team and allegated her of buying haters for Nimrit. We also saw in the episode how Shalin’s mother and Tina’s mother had war of words where Tina’s mother alleged Shalin of backbithching about Tina.

Not only that even Archana’s brother and Stan’s mother had a cold fight over the recent scenario that abrupted in the house last week.

After the WKV episode, the much awaited time has come where families will be entering for one week and will be seen playing with their respective housemates.

In the recently released promo, Farah khan was seen entering inside the house. She hugged Sajid Khan and got very emotional. She even told Sajid that he’s very lucky to have this mandali in this house.

Farah was also seen hugging Abdu, Shiv and Stan and praised them saying that she had sent one brother inside the house but now she’s got 3 additions in her clan of brothers.

Farah was seen appreciating Priyanka Chaudhary and she even called her “Deepika Padukone” of the Bigg Boss house.

Farah even mocked at the fake love-angle of Shalin-Tina and said that Tina treats Mahim better than Shalin.

Priyanka’s brother and Shiv’s mother was also seen entering the house in the promo.