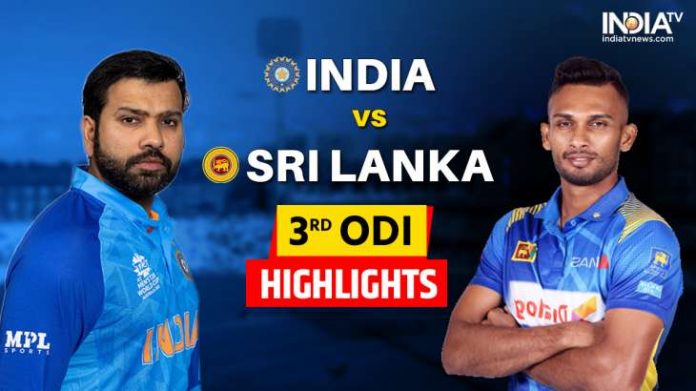 Team India broke the record for largest victory (by runs) in ODIs as they defeated Sri Lanka by 317 runs in the third and final match of the series in Thiruvananthapuram. India broke New Zealand’s record (by 290 runs) to script history at the Greenfield Stadium.

Opting to bat, India posted a mammoth score of 390/5 in fifty overs; the Sri Lanka run-chase ended in merely 22 overs, as the side could only reach 73.

With the huge win over Sri Lanka, India clinched the three-match series 3-0, having beaten the islanders by 67 runs in the opening match in Guwahati, and by four wickets in the second game at the iconic Eden Gardens in Kolkata.

Team India will be next seen in action against New Zealand as the two sides meet for a three-match ODI series. Rohit Sharma and Virat Kohli will continue to be a part of the team but KL Rahul remains absent due to personal commitments. Axar Patel will also miss the series as Shahbaz Ahmed has been named in the squad.

Anushka Sharma was all hearts as she dropped a picture of Kohli with a huge heart.

On work front, Anushka is also set to play a cricketer in her next, ‘Chakda Xpress’ which is based on the life of cricketer Jhulan Goswami. The film has been wrapped up and will see a release this year on OTT.