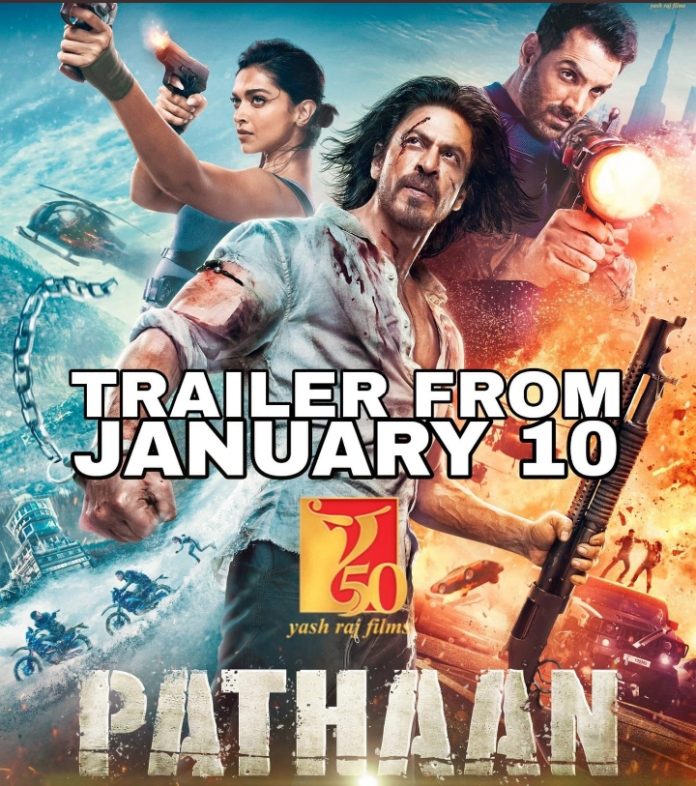 A sequence in the song Besharam Rang where Deepika appears in a saffron bikini, allegedly hurting Hindu sentiments, triggered protests across the country in mid-December. Complaints were filed in court seeking registration of an FIR against Shah Rukh Khan, Deepika Padukone and others.

Despite of the controversies two songs from the film have crossed millions of views on YouTube: Besharam Rang and Jhoome Jo Pathaan which were on trending.

Due to such controversies ‘The Central Board of Film Certification (CBFC)’ directed the makers of the film to implement certain changes in the movie including its songs.

Adarsh ​​confirmed that there will be no change in the title of the film.

Film critic and trade analyst Taran Adarsh has confirmed that the trailer of Shah Rukh Khan’s comeback film Pathaan will release on January 10. #PathaanTrailer on 10 Jan 2023…

Shah Rukh Khan- and Deepika Padukone-starrer Pathaan’s trailer is all set for an official release. The much-awaited trailer of the film comes close on the heels of the release of its controversial song, Besharam Rang, that allegedly hurt Hindu sentiments.

Pathaan is scheduled to hit the cinema theatres on January 25, which will be in Telugu, Hindi and Tamil.