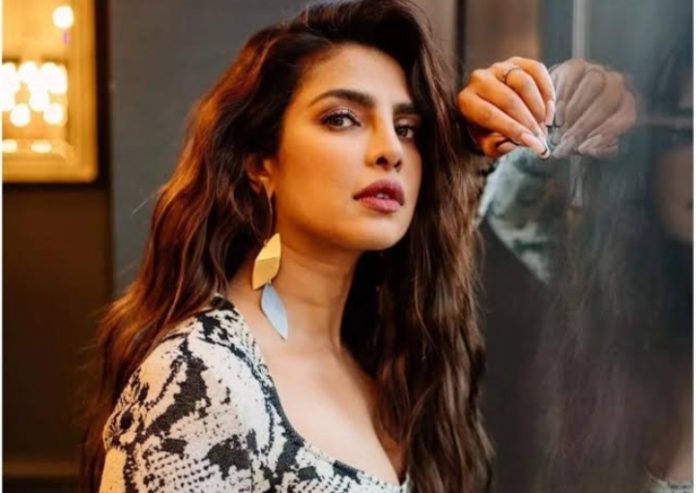 Today’s world has become all about branding things and satisfying customers. All very own celebrities have joined this race and have started their own brands. New in the list is Priyanka Chopra, who off late was seen endorsing her own hair care brand ‘Anamoly’.

While promoting her brand, she arrived at a show and gave interviews very openly.

She also got vocal about disparity in paycheck in Bollywood. She said that despite being extremely successful, despite breaking all the barriers and despite working super hard yet she wouldn’t be paid equal to a male actor. She said though she did a lead role and played as important character as a male actor infact sometimes even more than them yet the gap in the monetary front was huge. She said she’s only paid 10% of a male’s fee.

The desi girl spoke on the issues and trolls on ageing. She said age is just a number and it’s a natural process as natural as anything in this world. She even said that unnecessarily age is given a lot of equity and importance.

She even spoke on her struggles and how she withheld herself from being broken down instead always kept motivating herself.

She has always been a proud Indian yet has managed to create a worthy space for herself both in Bollywood and Hollywood.