Remembering the artists, filmmakers, actors and writers we lost in 2022 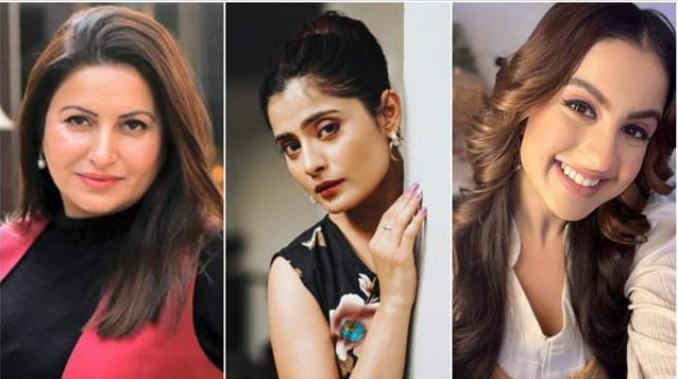 Where 2022 has given us many reasons to laugh and be happy but there were also some situations which made us sad. These were those ituations when some peoples said us final goodbye which no one has even thought .

Year 2022 is just to end and we be known for its good as well as bad memories because Some artists who used to make us laugh and Entertain us broke up. Giving tribute to all those people who unknowingly broke off quickly and left us alone:

1) After the demise of ace comedian Raju Srivastava, stand-up comedian Parag Kansara, of The Great Indian Laughter Challenge fame, has passed away due to a heart attack. The comedian breathed his last on Wednesday, October 5.

2) Sonali Phogat, contestant of Bigg Boss 14, was found dead in Goa on 23rd August 2022. However, there was a lot of controversy on her death because drugs were found in her drink and many pictures went viral in which she was being forced to drink. However today also case is going on in court.

3) Comedian Raju Srivastava passed away on Wednesday morning at the age of 58. He was admitted to the hospital on August 10 after experiencing chest pain and collapsing while working out at the gym. The comedian passed away on, September 21, after a long fight.

4) Deepesh Bhan aka Malkhan of Bhabiji Ghar Par Hai wouldn’t usually play in the morning but on that day, he went with a friend to play cricket. After bowling an over, he collapsed on his feet and died after suffering a heart attack on 23 July 2022.

5) 46-year-old television actor Siddhaanth Vir Surryavanshi collapsed while working out in a suburban gym and died due to heart attack on 11 November 2022.

6) Vaishali Takkar known for her role in serials like ‘Sasural Simar Ka’, Vaishali was found hanging from a ceiling fan with a stole in her house in Saibag Colony of Indore on Sunday (October 16), the police have said. A five-page suicide note was found at the spot in which Takkar named Rahul Navlani for harassing her, they had said.

7) Popular Bollywood playback singer KK aka Krishnakumar Kunnath died of a heart attack on May 31, 2022, just shortly after giving a live performance at Kolkata. He was 53 years old.

KK reportedly felt unwell while performing at a concert at Nazrul Mancha in Kolkata. After the show, he returned to his hotel, where he complained of uneasiness. He was rushed to Calcutta Medical Research Institute (CMRI) at around 10:30 pm, where he was declared dead.

8) Tunisha Sharma died by suicide on December 24 on the sets of her show, Ali Baba: Daastan-E-Kabul. She was found hanging in the makeup room. Her ex-boyfriend and co-star Sheezan Khan was arrested for abetment of suicide.

These were the sudden deaths of 2022 which caused huge damage to Entertainment industry.