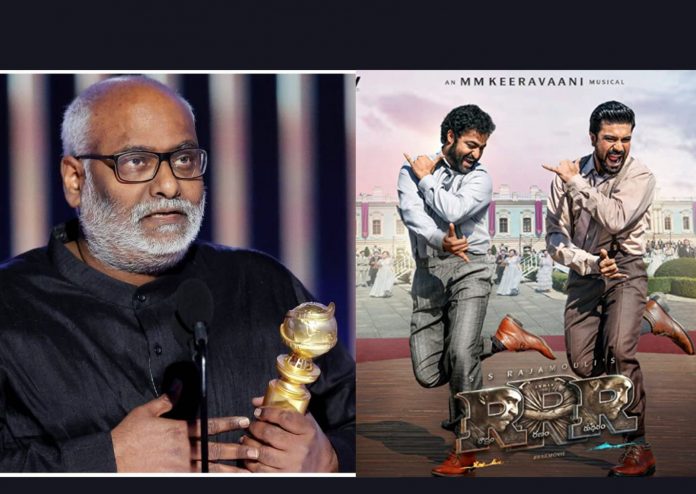 The Golden Globe Awards 2023 has arrived with a bang for Indian Cinema.

The good news lays in the fact that RRR is nominated in the Golden Globe Awards 2023.

The song from the movie RRR titled “Natu-Natu” is nominated in Golden Globe Awards this year and has even won the nominations.

The song had featured Ram Charan and Junior NTR. The song is choreographed by Prem Rakshit.

The song ‘Naatu Naatu’ from the wildly popular Telugu film RRR, made history at the 80th Golden Globes by becoming the first Indian song to win the Best Original Song award. Composed by M M Keeravani, and sung by Rahul Sipligunj and Kaala Bhairava,

Although RRR lost best picture award against Argentina 1985 at the Golden Globe Awards.

Jr. NTR has finally reacted to this victory and shared a video.

Talking about his film RRR’s song, Jr NTR said, “We thought, taking Rajamouli’s track record into consideration, we definitely thought we had a winner. But this was something more than a winner in Japan and today, America… come on, you don’t expect this to happen.”

His accent at Golden Globe Awards was criticised by mang people.

Gulshan Devaiah supported him saying,”I think NTR’s accent is firstly not as bad as people are making it out to be, secondly it’s a calculated PR strategy. Take it easy..let him try to spread his wings & fly. It’s good for Indian cinema if he breaks through the Hollywood global market. We all stand to gain from it.”