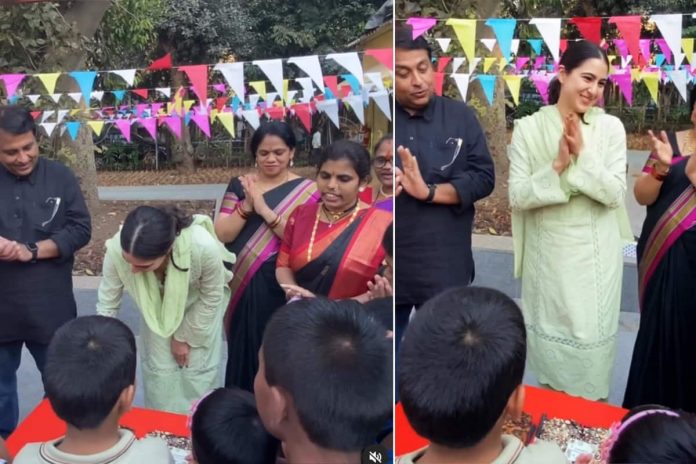 Actor Sara Ali Khan celebrated the birth anniversary of the late actor Sushant Singh Rajput with the children of an NGO. Taking to Instagram on Saturday, Sara posted a clip in which she cut birthday cakes.

Along with the kids, Sara Ali Khan sang the birthday song for Sushant. For the occasion, Sara wore a green suit and tied her hair back.

After cutting the cakes, Sara also clapped and smiled along with the several other people around her. The venue, an NGO, was seen decorated with strings of colourful flags.

Sara and Sushant worked together in Abhishek Kapoor’s Kedarnath (2018). It was Sara’s debut film.

Sushant made his Bollywood debut with Kai Po Che and featured in several hit films such as MS Dhoni – The Untold Story and Chhichhore.

The actor was last seen in director Mukesh Chhabra’s Dil Bechara, released on OTT, opposite Sanjana Sanghi. The actor was found dead at his Bandra home in Mumbai on June 14, 2020.