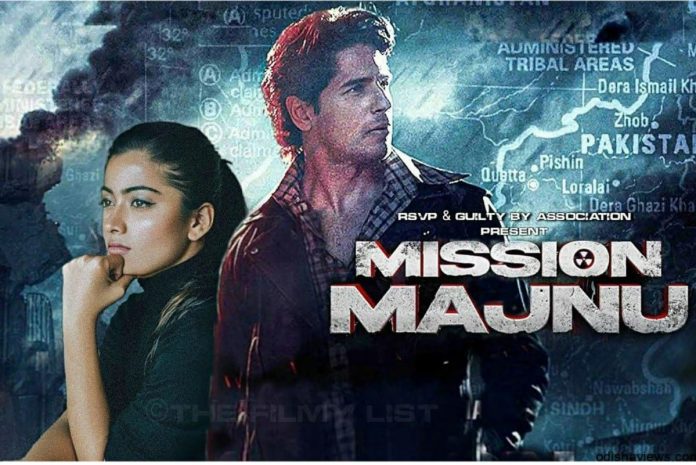 The makers of ‘Mission Majnu’, which features Sidharth Malhotra and Rashmika Mandanna, hosted a special screening in Mumbai and it was attended by a slew of Bollywood stars. Sidharth’s ladylove Kiara Advani came to support him at the screening.

Other than Kiara Advani, filmmaker Karan Johar, designer Manish Malhotra were also present at the screening.

Mission Majnu is directed by Shantanu Bagchi and co-produced by Ronnie Screwvala, Amar Butala and Garima Mehta. Other than Sidharth Malhotra and Rashmika Mandanna, the film also stars Rajit Kapur, Kumud Mishra, Parmeet Sethi, Sharib Hashmi, and Mir Sarwar. The film is slated to release on 19 January on Netflix.

Mission Majnu was the first Hindi film signed by Rashmika Mandanna and was announced as her Bollywood debut. However, the actress made her acting debut in the Hindi film industry with Amitabh Bachchan’s Goodbye last year.