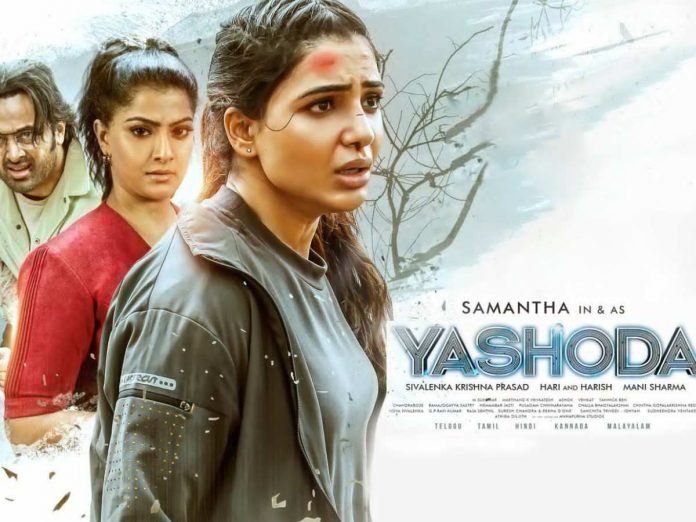 Yashoda , 2022 Indian Telugu-language action thriller film , written and directed by Hari–Harish , now also available in Hindi, kannada and Malyalam language on Amazon prime . It stars Samantha in the titular role alongside Unni Mukundan, Varalaxmi Sarathkumar, and Murali Sharma. It has the story of surrogate mother and surrogacy which is very popular nowadays . There are many mysterious incidents in this movie. Samantha’s performance as Yashoda is very good in the film. This film started getting lots of love from fans even before release date .

Yashoda box office collection: Samantha Ruth Prabhu-starrer collects over Rs 33 crore in 10 days which shows the love that they received from public and will be receiving in future. Samantha Ruth Prabhu earlier shared her happiness on the positive response that Yashoda has received. “Day made…Thank you for the encouragement and appreciation. Feel motivated to work harder. Ever grateful 🙏🙏

Not only praised by Indian audiance but also praised by the fans of Samantha in USA as already has hits $500K+ Dollars in USA theatres . Received lots of love from USA public.