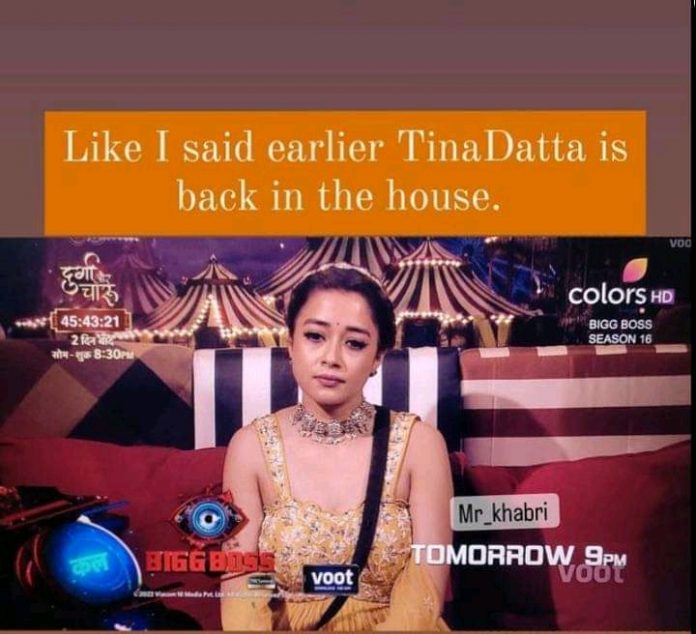 As disclosed by The Viral Bollywood, Tina Dutta was evicted from the house. But in today’s episode she was seen taking a bang-on entry back in the house.

Yes, the Uttaran star is back in the house but not so easy going way. Bigg Boss again had put up the same dilema of 25lakhs or Tina Dutta entry in the house in front of Shalin. Shalin looked utterly confused but ended up pressing the buzzer and losing 25lakhs of the prize money over Tina Dutta’s entry back in the show.

This created whole lot of ruckus inside the house. Shalin,post Tina’s eviction, was seen bitching against her.Tina instead of being thankful confronted her anger over whatever was spoken against her by Shalin.

Basically, the whole of house was in the state of confusion over Shalin’s change of decision within the span of one day. While Priyanka supported Shalin, Archana, Shrejita and others were completely against the decision.

The show ended with Nimrit’s birthday bring-in by the housemates where Abdu’s cute gesture of wishing nimrit by writing on his body stole heart of everyone.