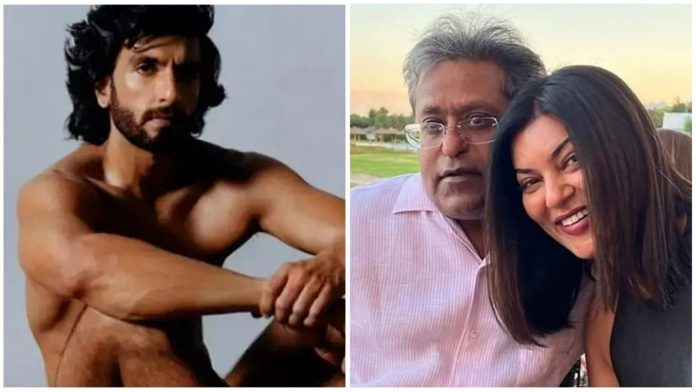 Sailesh Lodha quitting Taarak Mehta Ka Ooltah Chashmah. It was implied that Lodha was not happy with the exclusive contract that he had to sign with the makers of the show leaving him no time to pursue other opportunities. In a recent chat with Siddharth Kannan, Shailesh spoke about working on the show for over 14 years and said that he was attached to it.

3) Back in July, IPL founder Lalit Modi shocked everyone by sharing intimate photos with Sushmita Sen. He confirmed that he was dating her and that marriage was on the cards. However, now, rumours are doing the rounds that the couple has ended their relationship.

4) Controversy over Neha Kakkar’s version of Maine Payal Hai Chhankai triggers meme fest online. Apart from the backlash that Neha Kakkar has been receiving, it also became the fodder for some hilarious memes. To see the memes, read on!

5) Paras Kalnawat’s exit from Anupamaa has created quite a stir in the industry. Makers claimed that his contract was terminated after he breached a particular clause and signed the reality show Jhalak Dikhhla Jaa on a rival channel.

6) Sriti told Hindustan Times that she and Shabir had to move on because the show itself needed to move on with its story which created controversy among fans.

7) Dheeraj quitting Kundali Bhagya. Opening up on his decision to leave Kundali Bhagya, Dheeraj told E Time, “I quit Kundali because I wanted to grow and see things in newer perspective. I had acted in Kundali for five years and the show has made me what I am today.

8) Anushka Sharma Slams Puma For Using Her Photo Without Permission, Asks Brand To Take It Down although next day only she became brand ambassador of same company.

9) Ranveer got embroiled in a controversy after posing nude for a magazine photoshoot earlier this year. An FIR was filed against him post that.

10) Even before the show began to air properly, it hogged the limelight owing to one controversial contestant Sajid Khan. The filmmaker, who has directed films like Housefull, Heyy Babyy, Himmatwala and many others, was accused of molesting women. The filmmaker was called out not by many women during the #MeToo wave.