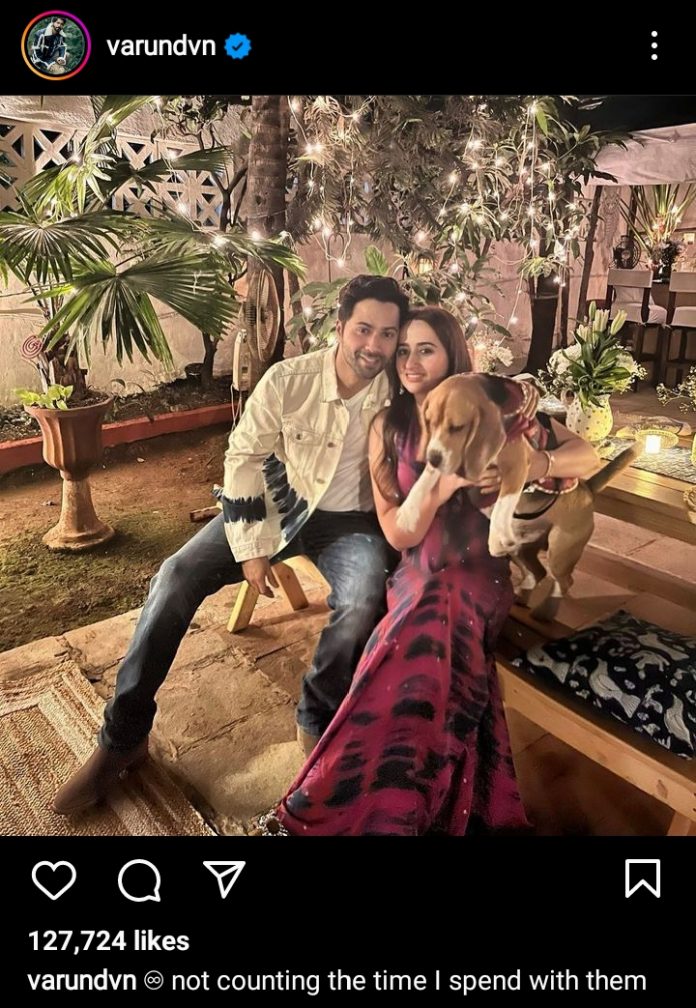 Varun Dhawan and Natasha Dalal, who is a fashion designer, married on January 24, 2021. The close-knit wedding was a dreamy affair with only family members and close friends in attendance.

Since their wedding in Alibaug, the couple has been spotted mingling with their celebrity friends at weddings, holidays and parties. Recently, the couple rang in the new year alongside Arjun Kapoor, Malaika Arora and their friends in Rajasthan.

The October actor, who married his long-time girlfriend Natasha Dalal in 2021, recently on Tuesday celebrated his second wedding anniversary and hosted a grand bash, where many Bollywood celebs marked their presence to congratulate the couple.

Malaika arrived at the bash alongside actor-boyfriend Arjun Kapoor. The couple twinned in black outfits.

Janhvi wore a black dress with matching heels for the party, and posed for paparazzi outside Varun Dhawan’s Mumbai home. She was also joined by fashion designer Manish Malhotra.

Filmmaker Karan Johar wore a graphic T-shirt with black blazer and a matching pair of trousers.

Sara Ali Khan stood out in a pink and blue kurta set worn with a pair of sharara.